Hi everyone. I haven’t been around much lately as I’ve been furiously writing a book. But it is almost done and I’m feeling reflective. Have you missed me? I’ve missed you. What’s that you say? Why yes, this is a new shirt. Thank you for noticing. 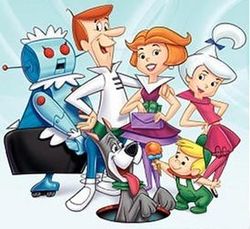 I thought that I would offer some thoughts about where I think international relations research is heading in the near to medium-term future, based on what I’ve noticed about the job market, what friends are writing, and the sometimes surprising reactions to what I am doing on the part of others. Obviously this is all anecdotal and unsystematic, as a good blog post should be.

First, we all know that the field is becoming more quantitative, but I don’t think that this is driven by a methodological fetish (at least on the part of those who are doing the work. I think the fetishists are the ones who don’t do this type of work but think it is necessary to have in their department irrespective of its content). I think it owes to a frustration with the inability of previous generations of international relations scholarship to say anything precise and with confidence. Well, let me put that differently. We are looking to say something precise and with accuracy. Some people might have said that states always maximize power but we all knew that was never true. And what does that even mean? What will that proverbial state do on Tuesday? Those arguments are essentially non-falsifiable. They are simply too elastic and too sweeping.

What seems to be driving quantitative researchers more of late is not generalizability but rather causal inference and case selection concerns. Large-N and small-N research always has the problem of omitted variable bias and multicollinearity. The recent obsession with experimental research designs is to try to deal with those problems, to finally try and pin point an actual cause and some estimate of its effect. Quantitative researchers are also fixated lately on case selection – are the cases you are choosing truly representative, or are they somehow endogenous to something else that biases your arguments about independent variables?

This trend in the field has some obvious blind spots. First, it can and is leading to a lot of research that I trust methodologically but that I don’t care about empirically. Research that establishes causality more definitively with a boring argument is valued more highly over research that says something much more interesting, perhaps counterintuitive, but has to be more circumspect and less definitive in its conclusions. You might be right, but I don’t care that you are right. Second, no matter how many people you put in a laboratory to see if they take cheap talk seriously, you will eventually have to really see if those arguments apply in the real world, and I can’t see another way than through tried-and-true case studies and archival research. At the end of the day, I don’t care if Dave from Columbus escalates when it is not rational, only if Otto from Berlin does. In the end, I think we should do both and intend to do so myself. Dave might be able to tell us something about Otto.

But this trend has a great upside as well. First, I think the increased focus on precision and accuracy is encouraging younger scholars to call the bullshit of a lot of stupid “findings” on the part of big-wigs in the field. I am particularly encouraged by what I see to be the decline of rationalist theory. I know a lot of you think it is entrenched and immovable. But I increasingly disagree. Everyone knows that you can’t build a theory on false assumptions (as if!), and everyone knows that rationalist premises are narrow and unreflective of reality. The younger generation gets this. Even the smart rationalists get this and are transitioning their work to take into account the insights of behavioral economists, psychologists and others. I presented some work very critical of simplistic rationalist assumptions about updating and signaling recently at traditionally rationalist places. Everyone was fine with it. I was shocked. They wanted to know if my case selection was biased and how I was measuring things.

I think that in ten years we will see a fusion of those interested in micro-level interactions, smarter and more circumspect rationalists and psychologically-inspired scholars. And I think that the demand for and appreciation of formal theory will decline because behavioral game theory is very, very difficult, even for economists. Formal theory will be what it was always meant to be – normative theory that describes what the mythical rational actor does.

On the other side, I see constructivism going a different direction. A couple of years ago I went to a panel where Jeff Checkel was a discussant and he was whining about how all the young constructivists had become hard-core positivists. I don’t think that is true at all. The constructivists of note all seem to be moving away from self-conscious research design, controlling for variables, etc. Look at the people that Dan has podcasts of. Part of that is substantive. For instance, the turn towards practice, with its focus on the unconscious and unarticulated, simply does not lend itself so easily to positivist inquiry, measurement, etc. I think that is fine. It is really interesting stuff.

This means that the rationalist-constructivist divide that we all thought would mark the coming generation simply never materialized. I see very few scholars actually pitting these against one another. There are a lot of constructivists interested in the strategic use of social constructions, but rationalists have not been particularly interested. They are content to let them play on their side of the room.

Funny enough, the more “mainstream” constructivists hang out a lot with realists these days. This owes partly to the turn of realists in a neoclassical direction, looking at all those ideological influences over foreign policy that can distract a state from its core mission of adapting to systemic forces. Partly it owes to the growing sophistication of constructivists concerning power, the turn away from liberalism. In the 1990s, constructivism was just a bunch of people finding happy norms that showed us the world is not as bad as we might think. Probably true, but if that was all they had to add, it made them look a little wussy and naive. Now they are just as pessimistic as the realists about the role of power in discourse, etc. Thank you, Foucault.