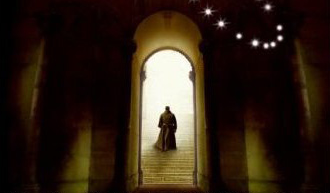 Jeff Stacey’s introductory blog post at the Duck of Minerva gives important perspective showing that scholarly training helped him in government to frame issues and develop policy.  Stacey suggests academic perspectives should inform policy and, indirectly, corrects an argument in the Chronicle of Higher Education by Robert Gallucci.  Gallucci, who has a distinguished career in government and academe, asked why scholars are not informing policy.  Gallucci faults the scholarly community for an unfortunate turn towards theory and inaccessible discourse which “…has created a profession that is inward-looking and concerned with arcane debate—a result that provokes and deserves all the insults thrown at the ivory tower from the world of policy and practice.”

Scholars should be better at making arguments in concise ways.  But the straw-man attack on the academy as detached from relevance deserving of ridicule fails to look beyond the policy world’s own shortcomings.  Take one example – the invasion of Iraq – as an indicator.  In 2004 a group of over 700 academic experts signed a letter calling for change in Bush administration policy in Iraq (see the Jackson and Kaufman Perspectives on Politics article).  On the biggest foreign policy matter of the day, these scholars were right (PDF), and the general Washington consensus was wrong.  The group failed to affect policy change – but whose fault is that?

Scholars of international relations (and comparative politics and area studies) teach and educate those who eventually make policy and many who teach do so in innovative interdisciplinary environments.  All over America there is a diverse range of international expertise which provides the perspectives that Jeff Stacey shows are essential to framing problem-solving in government.  Yes, many Ph.D. programs focus on theory and methodology – often on esoteric matters.  But if a professor or graduate student pursues theory in their research – good.  This enhances the pursuit of knowledge and challenges how we think about complex issues.  Service to the broader good of humanity is not limited to the immediate importance of policy in Washington, D.C.

Informed international policy analysis in American universities is done by some of the world’s top experts.  That this is not always appreciated in Washington, D.C. is largely a reflection of the constant in-box overflow.  But attitudes towards academics also can reflect an insular policy worldview that dismisses them as not understanding the “real world”.  This situation is made worse, as Jeff Stacey notes, by the Washington, D.C. think tank community which is increasingly driven by opinion and advocacy.  As the Washington Post reports, think tank scholars were involved in planning and strategic communications selling the war in Afghanistan – but the role was limited largely to those who advocated for war – not those who challenged assumptions of military planning.

Scholarship that critics call “difficult to understand” still nevertheless informs policy – and being tough to read is an excuse to avoid difficult things, not a rationale.  My own research in Northern Ireland demonstrated that existing physical and emotional barriers remain a deep hindrance to peace-building – analysis consistent with an emerging school of “ontological security.”Application of this complicated theory explained why it was easy to expect that events, like the Belfast City Council voting to bring down the Union Jack flag would lead to serious tensions which could erode the peace.   This was precisely what happened while Secretary of State Hillary Clinton was there this December and was apparently caught off-guard by major street protest and outbreaks of local violence that were nonetheless predictable.

A case can be made that scholars have more capacity to influence policy than many people working in government – from advising senior officials to engaging as public intellectuals.  Scholars have freedom to challenge assumptions in public forums based on their research and can thus indirectly influence policy outcomes.  Scholars can also provide people in government with evidence to make a case that they might not have the freedom to make within their agency.  Direct engagement in government, however, is more difficult.  There were dozens of scholars who advised the Obama presidential campaign in 2007-2008 – though aligning with a political campaign might not be a preferred approach to engaging and only a handful were invited to vet for government appointments.  The Council on Foreign Relations has a commendable program placing scholars in government – but it is small and has an age limit.  Missing are programs that buy out teaching time, relocate families, and set up an architecture for academics to integrate into government agencies or congressional staffs – to do seminars, teach, and to learn with direct engagement.  The Minerva Program in the Department of Defense is an excellent concept – to fund research to inform policy.  But this is sparsely funded ($8 million for the current year) and covers only a handful of projects.  The Minerva Chairs, which fund academic positions are all housed at service academies thus limiting their utility and reach.

So what might be done?  Jeff Stacey notes a good idea has been floated of forming an academic council to integrate research into the policy process.  Meanwhile, senior policy makers have to provide a climate that incentivizes policy staff time to gain fresh perspectives engaging with scholars.  Existing activities like the Department of State’s diplomat in residence program have one foreign service officer covering an entire state or even several U.S. states while based at one university and thus are undersupplied.  Re-prioritizing institutions like the National Defense University for educating leaders, not just training them, and raising the profile and budget of the National Security Education Program would help.  These programs do not have an advocate, and thus appointing a high profile office modeled after the White House Office of Science and Technology Policy, whose job would be to facilitate outside international expertise into the interagency policy process and serve as a liaison to the academic and research community would also help (while working with the State Department to broaden international connections among universities).

President Barack Obama could embrace these concepts as part of his initial promise to change Washington.  As he said in 2007, his goal was not just to end the war in Iraq, but to change the mindset that got us into war in the first place.  This requires getting outside of Washington for ideas and the President and Congress have to take a lead in providing substantial funding to support those who wish to engage in public service based on their academic qualifications.  A good place to start would be to revisit the 1958 “National Defense Education Act” (PDF) which was done in response to the Sputnik crisis as a model for updated legislation.  This existential threat prompted Washington to mobilize all assets of human capital and look beyond existing expertise to inform policymaking.  The same rationale exists today as in 1958, which then read:  “…the security of the Nation requires the fullest development of the mental resources and technical skills of its young men and women…The defense of this Nation depends upon the mastery of modern techniques developed from complex scientific principles…It depends as well upon the discovery and development of new principles, new techniques, and new knowledge.”

Today, a dysfunctional Washington needs this mobilization of human capital more than ever.  The stakes are high because academics do research that can challenge assumptions, narratives, and entrenched policy domains – things not generally embraced in Washington, D.C. which tends to fight hardest when the status quo is threatened.  The expertise exists in academe – the real question is whether or not the policy community is interested in capitalizing on it.  In an April 2008 speech, former Secretary of Defense Robert Gates said it was time to “return to the acceptance of eggheads and ideas to meet national security requirements.”  He added, “ We are interested in furthering our knowledge of these issues and in soliciting diverse points of view regardless of whether those views are critical of the department’s efforts…Too many mistakes have been made over the years because our government and military did not understand – or even seek to understand – the countries and cultures we were dealing with.”  Now, as President Obama begins his second term, is the moment for fresh ideas and new means of securing their inputs into the policy process.  Scholars have their own hard work to do to ensure relevance, but it takes two to tango.

Sean is Chair of International Studies and Robson Professor of Politics and Government at Ohio Wesleyan University, and Mershon Associate at the Mershon Center for International Security Studies at the Ohio State University. His most recent book is Global Security in the Twenty-first Century:  The Quest for Power and the Search for Peace (Rowman and Littlefield, 2011).