The Role of Assumptions

Earlier today, Brian Rathbun criticized “rationalists” for making assumptions.*  I have some thoughts on the matter, and I expressed many of them on Twitter.  And in the language of Twitter — snark.  That was not the best response, and I regret the tone of my reaction, if not the substance thereof.  I’d like to try now for a more constructive dialogue.

It seems for rationalists that assumptions are statements that one makes to make the building of theoretical models easier.  It does not matter if they are true, only if they are useful. Assumptions in rationalism are just things you don’t touch. It is a synonym for elements of an argument that are not subjected to empirical analysis or testing. I guess this is a necessary evil to make formal models in particular work. Otherwise one can’t find equilibria and generate expectations of outcomes. (emphasis added)

That’s a reasonably accurate statement of the position I and other “rationalists” would take.  At least, the bolded portion is.

However, Brian’s statement implies that formal theorists are unique in their reliance upon assumptions.  That’s simply not true.  No one is capable of avoiding assumptions, in their research or their daily lives.  Assumptions are not just statements that one makes in order to make the building of theoretical models easier.  They are simplifications that make life possible.

Each and every day, each and every one of us makes a large number of fundamentally unfalsifiable assumptions.  (I’ll get to false ones further down.)  As Harrison Wagner writes in War and State,

[P]eople often literally bet their lives that [human behavior is predictable] by driving a car at seventy miles an hour down a highway while separated from cars traveling at the same speed in the opposite direction only by a painted yellow line.  And in buying the car they drive they will have bet a lot of money that wherever they go there will be people willing to supply them with oil and gasoline to keep it running and fix it when it breaks down.  Human behavior is, in fact, very predictable, and if it were not, social organization would be impossible.

What makes human behavior so  predictable?  Why are we all comfortable making these and similar assumptions?  You might be thinking that the answer is empirical observation.  If so, you might want to read a little bit about the problem of induction.  Obviously empirical observation conditions the assumptions we make, but we’re still forced to make assumptions.  One might even go so far as to argue that it is the (perhaps implicit) assumption that other people have well-ordered preferences, which include among them a desire for self-preservation, that makes us comfortable betting our lives that other drivers will not cross those precarious yellow lines.

Though there are many disagreements among political scientists about how best to study political phenomena, I’m not aware of anyone whose work does not assume, at least implicitly, that the past provides some evidence of what the future may hold.  Yet if you believe that it does, as I do, you have made a non-falsifiable assumption.  If you doubt that, kindly describe for me the empirical test you would conduct that would allow you to falsify the claim that the world was created this morning by a mischievous omnipotent being whose sole desire was to amuse itself by watching us search in vain for patterns that do not exist.  If such a being created us all with memories of a past that never occurred, and populated the world with physical evidence of such a past, how would we know it?

Now, you may think that I’m just knocking over a strawman.  After all, Brian already acknowledged that objectivity is impossible.  I assume (heh) that he would be perfectly comfortable agreeing with me that we cannot know for a certainty that the past happened.  (Though I’d be interested to see where the conversation goes if I’m mistaken in that respect.)  The real issue is not whether it is possible to avoid making assumptions altogether, but whether the types of assumptions typically made by game theorists are so implausible as to render the models upon which they are built worthless.  If I’ve understood him correctly (and I will grant that I may not have), Brian contends that they generally are.  My sense is that Brian sees value to game-theoretic models rooted in psychology, as are often found in behavioral economics, but no others.  If that is indeed his position, it will surprise no one to learn that I disagree.  But it may surprise you to know that the reason I disagree is not that I’m willing to defend the truth-value of these assumptions.  In some cases, I might actually be willing to argue that they’re less distorting than is commonly thought, but I’m happy to admit that most mainstream game-theoretic models, including those I analyze in my own work, contain a variety of assumptions that are patently false.  The reason I disagree with Brian is that I reject the claim that any theoretical model is only as good as its assumptions.  As should you.  Because that is not a defensible position.

Those are strong words.  I’m trying to avoid being as obnoxious as I was earlier today on Twitter, but I stand by them.

Models are like maps.**  They are objects that we use to help us get from where are (a state of relative ignorance) to where we want to be (a state of slightly improved understanding).  To ask whether a map is “true” is as nonsensical as it is to ask whether a model, or the assumptions that comprise it, is “true”.  No one has ever thrown their 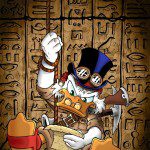 Garmin out the window while screaming, “Damn you!  Where’s the elevation?  The world is not flat!!”  Depending on what you wish to know about the world, you might very well require a map with topographical information, however.  When people like me say that we shouldn’t ask whether assumptions are true, only whether they are useful, we’re not simply insisting on a new name for the same thing.  Whether an assumption is useful or not depends on the question you are asking.  The simple bargaining models analyzed by Fearon 1995 are quite useful for helping us address the question of “why war and not negotiation?”  They are not very useful for answering the question “how does the likelihood of war vary with the regime types of the belligerents?”  To answer that question, you would need to make different assumptions.  Just as the map you want when you’re driving through Boston is not the map you want when you’re exploring Boston on foot.  If you’re on foot, you may well want a subway map.  And note that I’m not just talking about the fact that different maps make different decisions about what to leave out.  Many maps distort the relative size and shape of things.  The information they do provide is often deliberately false.  eWhen’re not just talking about accidental errors.

Take, for example, Fearon 1995.***  Brian notes, correctly, that if states were assumed to be risk-averse, the claim that there are always agreements both sides prefer to war would no longer hold.  There is no disputing this.  What is very much open to dispute, however, is what we should infer from this.  As Brian would have it, “if [the assumption of risk-neutrality] turns out to be false, the model completely falls apart.”

That’s true only if you take “completely falls apart” to mean “contains other outcomes in equilibrium in addition to those that already exist.”  And, yeah, the incentive to misrepresent private information, or rapid shifts in power, would still matter if we allowed for the possibility of risk-acceptance.  (If anyone is interested in seeing a formal proof of this claim, please say so in the comments and I’ll be glad to write a follow-up post.)  But Brian is absolutely right when he says “You don’t need any of that stuff about incentives to misrepresent one’s reservation price to explain war. Some just prefer it to peace, costly as it is.”

I’m just not sure that means what he thinks it means.

What Brian has argued (correctly) is that Fearon did not identify all possible explanations for war, only those that satisfy certain properties.  So what?  Does that mean that his work “is like a house with a rotten foundation. It will come crashing down”?  Well, again, it depends on what one means by “crashing down”.  Models very similar to Fearon’s have been used to generate non-obvious observable implications about war onset, duration, and outcome, and those implications have been empirically corroborated (see this paper, which tests a key prediction of this paper, or perhaps this paper, among a variety of others).  That’s not my idea of “crashing down”.

If we stipulate that some leaders really enjoy taking risks, what does that get us?  Well, if we can’t point to any observable information that would allow us to distinguish ex ante between those leaders that hold such preferences and those that do not, we’ve basically got a tautology.  Why not just say that war is caused by warmongerism?  I will grant you that such explanations are logically consistent — which is a property I value a great deal.  But I’m not sure it’s particularly useful.  I can point to observable factors that tell me when wars are more or less likely to happen if I focus on information and commitment problems.  I’m not sure I can do the same by focusing on risk-acceptance.

Until now, we’ve also assumed that the only purpose of a model is to generate testable hypotheses about the world.  Theoretical models can serve other purposes.  If a dozen or so publications appear claiming that X causes Y because of A, B, and C, then a theoretical model that shows that premises A, B, and C do not logically imply a causal relationship between X and Y tells us something worth knowing.  But I’ll admit that the nature of this type of contribution is more modest.  It is more akin to identifying a plank of rotting wood in the bridge we’re trying to build than it is extending said bridge.  I think that’s valuable, but I won’t try to sell it as something it’s not.

To sum up, there is no way to avoid making assumptions.  If we were to literally assume nothing, our lives would be impossible.  Scholarly inquiry of every kind would have to be abandoned.  If instead we read Brian a bit more loosely and simply seek to avoid assumptions whose truth-value is highly suspect, things wouldn’t be quite so bad.  But we’d still be giving up a lot more than Brian appreciates.  I’m not, by any means, arguing that everyone should formalize the arguments — only asking that those who tout the virtue of pluralism practice what they preach.

*I use the term with scare quotes because I don’t know what it means.  I have the sense that game-theorists are necessarily members of that set, but game-theorists frequently assume the very things I’ve been told over and over again that “rationalism” leaves no room for.  It also seems that people who primarily conduct empirical analysis can be deemed “rationalists” if the use the words “cost” and “benefit” often enough, while those write lengthy diatribes against “rational choice” might go on to conduct research on the relationship between the costs of abstention and voter turnout.

**I do not take credit for this metaphor.  I adopted it after reading the work of Clarke and Primo (see here and here), whose work I cannot possibly recommend highly enough to anyone interested in such debates.

***This is one of my favorite articles, and I’ve blogged about it many times before (see here especially).

Why Sex is Best on Thursday Linkages