Why Sex is Best on Thursday Linkages 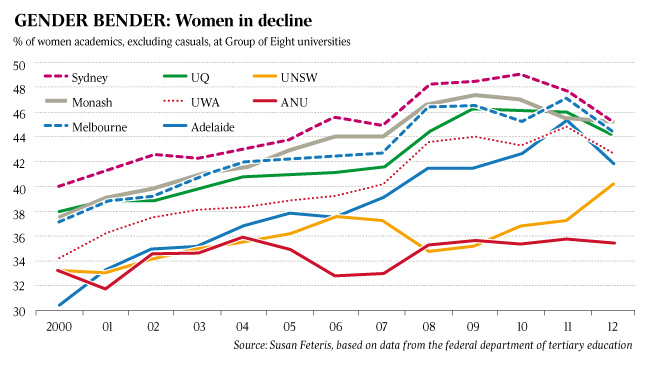 There are seriously multiple articles on why sex is best on Thursday (don’t ask how I got there). So let’s riff on that and go through some sex/gender inspired links for the day (a quickie, if you will):
The Republican witch hunt of Susan Rice is over as she withdraws her name from consideration for Secretary of State. Pundits are still arguing that she’s been criticized for the wrong reasons, while others feel that all the flack she’s gotten gives her a ‘pass’ on policy stances.

The Human Security Report Project’s recent claim that wartime sexual violence is declining continues to face criticism as countless headlines continue to flow from places like the Congo, Syria, and Columbia clearly indicating (unfortunately) it remains a key tactic of war.

A recent Australian study found that most of the gains that university departments made through the 90s in terms of hiring women and gaining balance in the gender ratio of staff members has been reversing over the last few years. The study blames the emphasis of the ERA system (similar to the evaluation systems in the UK and elsewhere), with its emphasis on particular forms of research and devaluing of teaching and administration (roles women tend to take on more often).

The Role of Assumptions