Lifting the Combat Ban for Women: why the policy change is the right choice 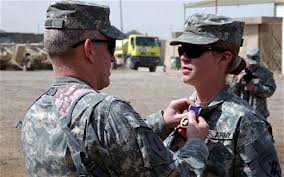 Today it was announced that the combat ban for women will be fully removed within the US military. This reverses a long-standing policy that restricts women from serving below the brigade level  in positions specified as  front-line, ground combat. Given that the policy had been recently reviewed, the change may come as a surprise to some, however there are three main reasons why this policy had to be changed right now.

First, Secretary of Defense Leon Panetta has long been a supporter of gender integration within the forces and has publicly acknowledged the exclusion as contradicting operational practice and untenable. Panetta plans to step down from his post after only 18 months in the job, making the removal of the combat exclusion his legacy.

Second, the Department of Defense is facing a lawsuit from several female soldiers and backed by the ACLU. The suit has raised significant publicity surrounding the issue of women in combat and the DoD would have had a difficult time defending claims that the policy is discriminatory and unconstitutional.

Third, growing evidence of women’s contributions to the wars in Iraq and Afghanistan, including in ground combat, have become impossible to ignore. It is widely acknowledged that there are no ‘front’ lines in insurgency warfare. Moreover, women have contributed to offensive missions in recent wars, died in hostile fire, contributed in all-female teams during insurgency missions, and even been awarded for their valor in combat. The contradictions associated with having a combat exclusion in a military that provides combat pay for some women and honors their contributions to combat have just become to extreme.

The next test will be to see ensure the policy is implemented effectively, to change remaining sexist attitudes about appropriate roles for women with the forces, and to continue to find ways to  address the outrageous sexual violence problem within the military.