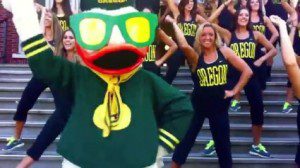 Happy New Year, if you’re into that whole Gregorian calendar thing. (And this photo is, inshallah, our last Gangnam Style reference.)

Sorry to those of you who thinks this blog inclines too much toward America-centric linkage; there’s a lot of that in today’s edition. Look below for more traditional IR links. On a related note, I’d appreciate hearing from commenters what blogs I should be reading. I skim a lot of them, but many seem to have gone moribund over the past several months (or been absorbed by our Borg-ish ducky blog here). And given Foreign Policy‘s irritating new sign-in procedures, I’m now much less likely to read anything over there. While we’re at it, let me promote Daniel Solomon’s Twitter feed (@danatgu).

There was a fiscal cliff deal:

In the wide world:

A note to E-IR.info: I’d link to more of your articles if your links worked consistently.