A Short History and Critique of Climate Negotiations: All Climate Politics is Local

I gave a guest lecture for undergraduates on the state of global climate negotiations yesterday for a law school colleague here at the University of Texas. In light of the president’s strong but ambiguous comments in the State of the Union last night threatening executive action if the Congress doesn’t act, I thought I’d share my notes here and would welcome comments from others about whether I’ve done justice to the arc of negotiations. My aim was to bring a group of 20 year olds up to speed so that they could understand how we got from the 1992 Framework Convention to last year’s negotiations in Doha. 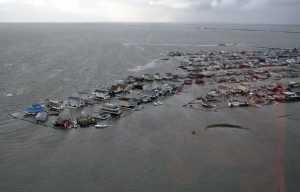 My general take largely conforms to the one I wrote about in my piece for the Council on Foreign Relations in 2010. My feeling is that the universal, consensus-driven process has some utility, primarily as a means to give the most affected countries voice opportunities that put pressure on the major emitters to change their behavior. However, as I argue in these notes, the environmental community has invested too much hope in outcomes that could be achieved in international meetings when the real action and challenge was what was happening at the domestic level among the major emitters.

In that respect, I am encouraged by President Obama to put climate change front and center in his second inaugural and State of the Union addresses. As Nat Keohane and David Roberts have argued, there are a number of actions the administration can take through executive action including EPA authority to regulate greenhouse gas emissions from existing power plants, issuing rules to capture methane, ordering the phase out of hydrofluorocarbons (HFCs) used in refrigeration, and promoting new efficiency standards for appliances and buildings.

Today, some members of the environmental community are making rejection of the Keystone XL pipeline a litmus test for the president’s climate ambitions. Bill McKibben has been leading civil disobedience efforts in this respect, and he was joined by the Sierra Club today in the first acts of civil disobedience in the organization’s long history.

However, I’m not convinced that the pipeline effort, even if victorious, would be all that meaningful or reflect a sustained ability by environmentalists to raise the costs of hydrocarbon extraction on a permanent basis. It would probably mean some other pipeline would get approved somewhere else. Now, it could be that pipeline is important enough to supporters that it gets the Obama administration something in exchange on the transition to a postcarbon economy.

Already, the Obama administration is seeking a $2 billion climate fund paid for by fees for access to hydrocarbons on public lands. My hope is that president will play his hand better than he did when promised up front concessions on nuclear power and offshore oil drilling. He’s got to drive a much harder bargain. At the same time, it would be nice to if he’s going to use executive authority to figure out how to prevent industry from litigating the new rules to death.

One of the most significant accomplishments of his first term was to get the automobile industry to agree to higher fuel efficiency standards (maybe he had some leverage since he saved Detroit’s bacon after the financial crisis), but there are still reasons to imagine that industry might accept standards on power plants to give them some confidence about what the rules are likely to be going forward. The problem is not all of industry (the coal sector notwithstanding) but the Congress. It will be interesting to see how well the president can navigate the political thicket.

The Arab Spring and Securitization Theory

The Force is strong with this one