“All the Fake News that is Fit to Print”

Cat Fancy, Inc. is the target of an aggressive takeover bid by Battlestar Galacitcum, an upstart nerd pornography site. The Duck of Minerva, purchased by Cat Fancy earlier in the year, would be the prize in the acquisition. A mainstay among international relations blogs, it has increasingly veered into the academic analysis of science fiction and fantasy and seen its readership so 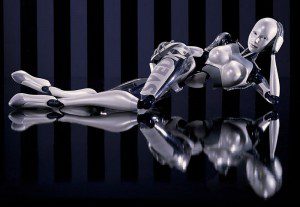 Guccione first noticed the pattern in which symposia on esoteric nerd debates such as the strategic errors of the Rebel Alliance or the insights into international relations provided by the Walking Dead attract far more clicks than trenchant analyses of East Asian alliance politics or the difficulty coming to terms on a global climate regime. “Let’s be honest here,” he said. “These readers really just want to see robots have sex with one another. This hasn’t been an IR blog for quite some time.”

Were Battlestar Galacitcum to acquire the Duck, it would be able to more prominently feature advertisements for its unique web offerings, which cater to very specific science fiction fetishes. There is cyborg-on-cyborg action, robot-human S&M, mud wrestling between Wonder Woman and Princess Leah, and something called “oil sports.” Web video chats with the original No. 6 are also available.

Some long-time readers of the Duck expressed outrage, fearing that such a change of ownership would lead to significant change in content, in particular loss of the heart-warming LOL cats that so frequently appear. Guccione reassured: “There will still be a place for fuzzy animals on the site, just in a somewhat different….. position than before.” He declined to comment further.