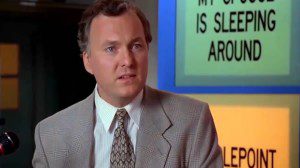 You know, it’s funny. I’ve just finished reading a history of Bell labs (these journalistic nonfiction books go by quick–about the same time as a movie and a half) and the takeaway was that apparently esoteric research (e.g. Claude Shannon’s information theory) can have immensely practical implications. Somewhat like that Tom Schelling guy, who thought that he could say something about nuclear war even though he’d never even fought one.

Anyway, Ferenstein’s argument is pretty familiar to all participants in the debate, but his argumentation is laughably weak:

As a result, even the potentially useful research gets overlooked by policymakers who have little contact with experts from the discipline. During a dinner my university threw for a distinguished Harvard professor who also served as a United Nations consultant, I asked our guest if she ever witnessed any actual impact of political-science research. She literally laughed out loud, and regaled the now-perturbed table of academics about her experience with Afghan President Hamid Karzai, who had apparently ignored all the academic experts during his country’s transition to democracy and, instead, decided on the structure of government in a tent with his peers.

If this is supposed to be evidence for Ferenstein’s position, I’m taken aback. So, the scholars were consulted by Karzai; they gave good advice; Karzai ignored them; and this is the scholars‘ fault? Isn’t there a more parsimonious explanation?

And Ferenstein’s policy recommendation, to defund academic research, doesn’t flow from his argument, which instead suggests funding much more research along the lines of the Minerva project.

For instance, one of the most influential pieces of practical research in the last half-century found that building strong communities, where neighbors have frequent informal interactions with one another, dramatically boosts social welfare, as measured by the health, happiness, and governmental effectiveness of a city. The study took Harvard’s Robert Putnam 25 years, which was necessary to observe how natural variation in communities all around the entire country of Italy affected the lives of its 50-plus million citizens. Quite reasonably, most researchers are squeamish about dedicating half their career to one study and simply avoid the challenge of relevant research.

The way to incentivize more studies like Putnam’s is to fund them more generously, not less. (And I don’t know why political science, or economics or sociology or English literature for that matter, should pass Putnam’s asinine “mother-in-law test”; if that were the case, we could save loads of money by exchanging political science profs with high school civics teachers, who, as in high schools, could also serve as football coaches.)

Moreover, Ferenstein writes that we should all get better at teaching, since it’s there that we’ll educate the next generation of policymakers. Leaving aside the obvious fact that very few of even our best students will become policymakers (that’s even true at my current home institution), that seems to be at odds with Ferenstein’s observation that the current undergrad curriculum is pretty soft. But the easiest way to make it harder–and to educate students competent to read contemporary mainstream research–would be to introduce more statistics training…which Ferenstein would presumably deride as “clever mathematical models that … do little to aid real-world public policy.”