The New Grand-Strategic Divide? A Response to Thomas Wright 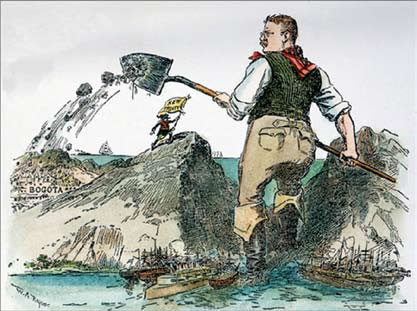 The style of this piece deviates from what I usually put up here. By way of explanation: I wrote this after some initial indications of interest by Foreign Policy in running a response. But they’ve got a lot on their plate and they no longer seem intrigued. Frankly, that’s for the best; this is now about as long as Tom’s initial piece. So I’m posting it at the Duck. Full disclosure: I served on Tom’s dissertation committee and co-authored an article, “What’s at Stake in the American Empire Debate,” with him. So this should be viewed as a friendly, if spirited, rejoinder. For another reaction, see David Schorr’s piece at Democracy Arsenal.

Thomas Wright’s “Neocons vs. Realists is so 2008” gets a lot right about the emerging grand-strategic debate in the United States. He argues that it stretches between  two poles. One is composed of “restrainers” who “believe that the United States is overcommitted in the world” and seek some kind of retrenchment combining “nation-building at home” with a reduced emphasis on shaping the global environment. The other is occupied by “shapers” who advocate a continued–or even expanded–American commitment to ordering international affairs. He contends that Obama’s second term will likely be dominated by a specific breed of “restrainer,” one that “want[s] to preserve America’s core alliances” but also “to avoid any new entanglements that go beyond core commitments” and relies on allies to shoulder a greater burden in future interventions. Although the administration has “been a shaper in East Asia and a restrainer in the Middle East,” the impulse for restraint looks poised to dominate future foreign-policy decisions.

Wright paints a plausible picture of the current ideological balance in the Obama Administration. It clearly prefers to “invest” in long-neglected capital projects over maintaining current levels of defense expenditures. Given the current fiscal-political environment, pursuing such a preference will require continuing efforts to convince allies and partners to accept a greater share of the military burden. Wright also offers an important corrective to the assumptions of some of the “restrainers.” We should not over-interpret the long-term implications of current US economic performance and the general fatigue created by the Afghanistan and Iraq conflicts. India, Brazil, China, and the rest of the rising-powers crowd face their own challenges. Some of these may prove more intractable than the self-inflicted wounds created by Washington’s current dysfunctions.

Moreover, the odds suggest the formation of the kinds of foreign-policy coalitions Wright anticipates–including the increasing alignment of liberal and conservative “shapers.” This entails situational alliances among neoconservatives, primacy realists, and muscular liberal-internationalists. All three camps fit within the “shaper” rubric insofar as they believe that the United States can, and should, maintain international primacy–what scholars call “hegemony”–for as long as possible. However, they disagree about many things. Primacy realists are constitutionally skeptical of placing the maintenance and expansion of liberal order at the center of American foreign policy. When they conflict, the argument goes, realpolitik considerations should always trump the promotion of liberal values–whether human rights, democracy, or multilateral international governance.

Neoconservatives and muscular liberal-internationalists break with realists on this point, but depart from one another about how best to promote a more liberal global order. Neoconservatives prioritize “liberal enlargement”: their most important goal is the expansion and consolidation of the number of liberal democratic regimes in the world. Neoconservatives are perfectly happy with multilateral institutions and governance when they support economic and political liberalization, but  they are quite willing to abandon them when they work against American efforts to promote liberalization abroad. Muscular liberal-internationalists, in contrast, place much higher value on multilateral institutions and governance themselves. They see them as intrinsically valuable for realizing a liberal global order; they also argue that American unilateralism is often self-defeating insofar as it undermines global support for US leadership.

So where does Wright go wrong? Wright’s piece is not merely diagnostic. His distinction between “restrainers” and “shapers” actively seeks to forward this alignment, and it does so in ways that stack the deck against the most important insights of the “restrainers”: that Washington needs to, first, engage in a sober assessment of its strategic priorities and, second, adjust its policies accordingly. Wright’s “tell” is his adoption of one of the most pernicious rhetorical hatchets of American history, that of “isolationism.”

The United States has rarely, if ever, faced a politically potent movement favoring isolationism. From the moment of its founding, the United States adopted an (opportunistically) aggressive foreign policy. It expanded south and west. It tussled with multiple European powers, including the British, the French, and the Spanish. It became deeply involved in Central and Latin America. It pursued vigorous economic engagement with foreign powers. Even during the supposed height of isolationism–the interwar period–the US controlled a Pacific empire, negotiated actively across a range of issues with other states, and otherwise pursued relations that cannot possibly be described as isolationist in character. Instead, the accusation of “isolationism” has almost always been deployed as a weapon in debates about the terms of American foreign engagement–whether or not the United States should intervene militarily in Europe, whether it should prioritize Europe or Asia in the aftermath of the Second World War, and over the scope and character of its conduct of the Cold War.

This pattern continues in Wright’s article. He argues that “at one end of the spectrum is the realist restraint school” which “come[s] close to neo-isolationism.” But who are these near-isolationists? Advocates of offshore balancing–a doctrine that requires the US to calibrate its military posture and alliance networks to prevent the formation of regional hegemonies? Proponents of mechanisms to reduce security free-ridership by US allies? Those who explore generic retrenchment policies–which generally involve matching US commitments to capabilities in the context of distinguishing between “core” and “peripheral” security interests? We can debate the wisdom of such policies, but none of them are remotely “isolationist” in outlook. They all contemplate maintaining at least some distant security commitments; interdicting anti-US terrorists; and pursuing various forms of political, military, and economic engagement designed to “shape” the global order on matters ranging from nuclear nonproliferation to international trade.

If such flavors of restraint “come close to neo-isolationism,” then the policy space between the acceptable restrainers and the shapers appears very small indeed. It seems to extend to those willing to let the French take the lead in Mali, reduce some overseas troop commitments, bring defense expenditures better into line with tax policy, and avoid direct military intervention in Syria. Opposition to military action in Syria, I should note, finds significant opposition among those who oppose any cuts in defense spending or reductions in US security commitments.

What Wright presents us, then, is really a choice between “big shapers” and “full-scale hegemonists.” This should trouble even those of us who fall into the former camp. The United States faces a slew of “known unknowns.” Among them: How far will China, Brazil, and others rise? How far will the US and Europe wane? What will be the extent that global political, military, and economic gravity shifts to Asia? What will be the future political dispositions of the winners and losers of these power transitions? What impact will climate change have on global order? Is the jihadist wave spent?

Washington must, of course, work to shape such processes. It must also react to how they change the geo-strategic environment. Effectively calibrating American foreign policy will require tremendous intellectual and political effort. Wright’s effort to map alternatives into “restraining” and “shaping” risks reducing them to questions of “less” and “more.” This makes a hash of the myriad differences found within and across realism, liberal internationalism, neoconservativism, and other flavors of foreign-policy thought. It distracts us from the critical task of assessing American strategic priorities and the range of policies available to meet them. After all, if the people he calls the “restrainers” are right, it will be the “shapers” who jeopardize Washington’s ability to forge a favorable global environment.

Legal Prostitution: what can we learn from the empirical record?