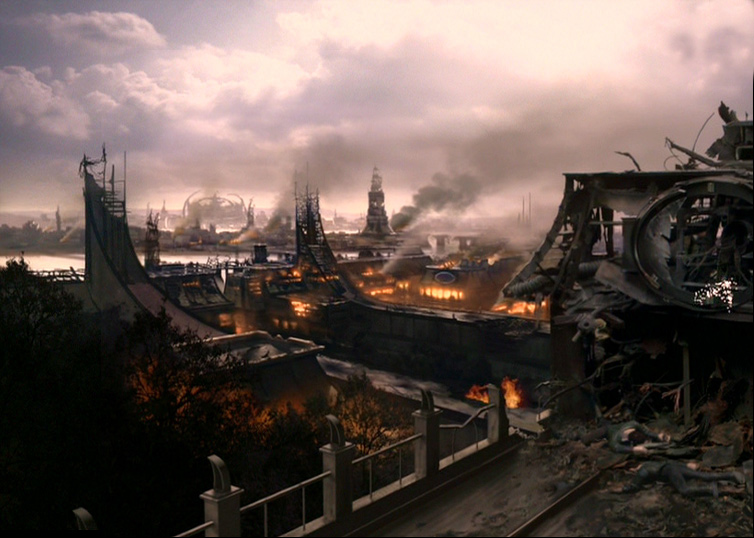 Because “53 reasons” is just plain stupid, and increments of five are basically listicles, I provide three.

1. We are heading straight for maximum Star Wars saturation. Despite its ham-handed didacticism,  Star Trek‘s values are far preferable to those of Star Wars. We cannot allow aristocratic fantasy to bury republican virtue.

2. JJ Abrams is a pretty good action director, but he doesn’t seem to understand the intellectual possibilities of science fiction. At its best, Star Trek has been one of the few non-cable programs to explore those possibilities. And it has almost invariably done so better within the format of episodic television than that of the “major motion picture.”

3. Onward toward the 25th Century! By the third season of The Next Generation, it was pretty clear that the political communities of Star Trek — including the United Federation of Planets and the Klingon Empire — are themselves important “characters” in the franchise. We’ve seen the Federation evolve –and not always for the best — in light of the Borg and Dominion threats; we’ve learned just how much its status as a “post-scarcity society” rests on maintaining a Terra-centric utopia within a much harsher galaxy. We’ve watched the Klingon Empire repeatedly fail to reconcile the theory and practice of honor. Cardassia has broken our hearts time and time again.

They key point here should be clear: there’s a lot of room left to explore the arcs of these well-developed fictional societies and of their interactions. Even more important: the world has changed markedly since the last time canonical material did so. Voyager took place at the margins of Alpha-quadrant politics. Enterprise chronicled the formation of the Federation. DS9 — the indisputable high-point of the franchise* — was conceived in the shadow of the first US-Iraq War. We need a Star Trek for the present era.

*And by “indisputable,” I mean “totally disputable by legions of Star Trek fans that obviously have no idea what they’re talking about.”