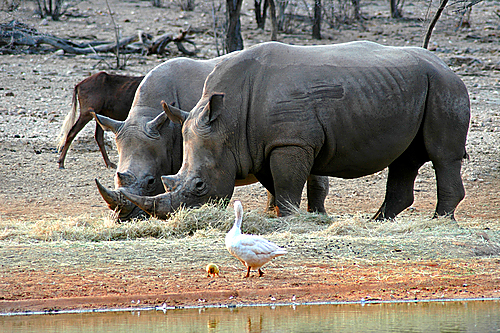 I’m going to be filling in with some morning linkage in the coming weeks/months, so you’ll probably see some posts with a smattering of U.S. foreign policy, global health, climate change, and whatever strikes my fancy such as the following:

– the triennial meeting of CITES, the Convention on Trade in Endangered Species, opens in the next few days in Thailand (preview in Nature here) amidst a global crisis in rhino and elephant poaching; here is a podcast by Julian Rademayer, author of an expose on the illegal rhino trade; and another two on sharks and manta rays from the Pew Environment Group; the host Thai government itself is being targeted for its legal loophole that allows for the trade of domestic ivory from captive elephants which apparently traffickers are using to disguise international ivory

– Trevor Houser estimates how much of the 13% decline in U.S. CO2 emissions below 2005 levels is because of reduced economic activity (a lot), the shift from coal to natural gas (a good slug), and the rise of renewables (a decent slice) but with natural gas prices on the rise, coal consumption may be rising again

– Naazneen Barma, Ely Ratner, and Steven Weber follow up their earlier article in the National Interest on the world without the West with the provocative piece “The Mythical Liberal Order”

– Mead Over writes about the 700+ page review of PEPFAR,  the U.S. bilateral AIDS program, by the Institute of Medicine that declared that “PEPFAR has saved and improved the lives of millions” 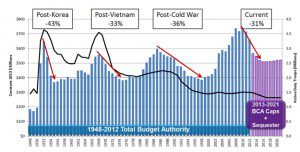 – Jay Ulfelder reminds us that big data won’t kill theory, that we’re a long ways from having enough data to be able to interpret the world without a theoretical net

– Bono gave another TED talk, proclaiming he’s a “factivist” and that extreme poverty will be gone by 2030

The new issues of Foreign Affairs and Survival are out

Beyond Reading the Tea Leaves: Using Data to Understand Partisanship and Foreign Policy