Debating the Benefits Nuclear Superiority for Crisis Bargaining, Part I 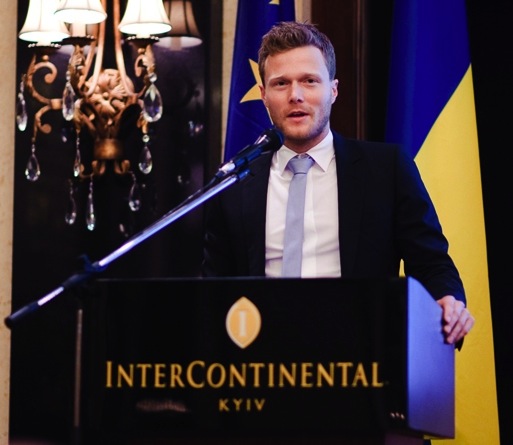 Editor’s Note: Back in February I riffed on a post by Erik Voeten in which Erik discussed two articles in International Organization. One, by our colleague Matt Kroenig, argued that nuclear superiority gives states advantages in crisis bargaining (PDF). Another, by Todd Sechser and Matthew Fuhrmann, rejects this claim (PDF).

After the two posts sparked some interesting discussion–both on- and offline–I approached all three about doing a mini-symposium at the Duck of Minerva. They agreed. In this post, Kroenig critiques the claims made by Sechser and Fuhrmann. Seschser’s and Fuhrmann’s piece follows later today.

This is a guest post by Matt Kroenig. He is an Assistant Professor in the Department of Government at Georgetown University. Todd Sescher’s and Matthew Fuhrman’s piece will appear tomorrow.

What determines the outcomes of nuclear crises? For decades scholars have debated whether nuclear superiority (an advantage in the size of a state’s nuclear arsenal relative to an opponent) or the balance of resolve (the relative willingness to run a risk of nuclear war), determines which state achieves its goals in high-stakes nuclear crises, like the Cuban Missile Crisis.  In my new article, “Nuclear Superiority and the Balance of Resolve: Explaining Nuclear Crisis Outcomes” (PDF), published in the current (Jan 2013) issue of International Organization (IO), I synthesize these arguments to create a new theory of nuclear crisis outcomes. I demonstrate that nuclear superiority reduces a state’s expected cost of nuclear war, permitting it to run a greater risk of nuclear war in a crisis, and, therefore, improving its prospects for victory. In so doing, I also provide the first, coherent, rationalist account for why nuclear superiority matters even when both states possess secure, second-strike capabilities.  This is an important theoretical contribution and also has implications for other related debates, such as whether nuclear arms racing is rational under certain conditions.

Next, using the International Crisis Behavior dataset (ICB), I show that states with a nuclear advantage over their opponents have been more likely to win international crises.  This finding is strong and unambiguous when looking both at simple descriptive statistics and at the results of regression analysis.  The relationship also holds in a sample of all states, in a subsample of nuclear-armed states, and in a wide variety of robustness tests.  While all datasets have limitations, the ICB is well-worn, has been accepted by the scholarly community, and has stood the test of time.

In the same issue of IO, Todd Sechser and Matthew Fuhrmann publish a “research note,” entitled “Crisis Bargaining and Nuclear Blackmail” (PDF).  While the IVs and DVs in their study differ from mine, some have pointed to a tension between the findings of our studies.  Sechser and Fuhrmann find that nuclear-armed states are no more likely to issue successful compellent threats than nonnuclear states.

Sechser and Fuhrmann are accomplished scholars, but this study provides a lesson in the perils of less than careful social science research.

Sechser and Fuhrmann conduct their study on a new dataset created by Sechser, the Militarized Compellent Threat dataset (MCT).  Unlike ICB, MCT is a new and untested dataset that has not yet been subjected to careful scholarly scrutiny, so we must first begin by assessing its quality.  If MCT is fundamentally flawed, we should obviously be quite wary about the results produced from it.

One criterion, established by methodologists, to judge the usefulness of a new dataset is “convergent validity,” the idea that new measures of a concept should correlate with existing and accepted operationalizations of that concept. But the published results from MCT are nothing short of bizarre. According to MCT, not only are nuclear weapons not correlated with compellent success, nothing is correlated with compellent success.  In Table 1, we see that nuclear weapons of the challenger, nuclear weapons of the target, the conventional balance of power, and the stakes in the crisis, all fail to reach statistical significance. (I should note that the tests also exclude many obvious controls, like regime type). The only variable that consistently reaches statistical significance in Table 1 is a variable they call “resolve,” which actually measures whether a state engages in a show of force during the crisis. This failure to present almost any meaningful results in the published article is not very helpful.

To see what is really going on in the data, therefore, let’s turn to the tables published in the online appendix. According to Tables 2 and 3 in the online appendix, MCT tells us the following about interstate coercion: states without nuclear weapons are more likely to issue successful compellent threats than states with nuclear weapons; compellent threats are more likely to succeed against states with nuclear weapons than against states that lack nuclear weapons; and, the less conventional military power a state possesses relative to its opponent, the more likely it is to issue successful compellent threats. These findings suggest that military weakness is a key asset in coercive diplomacy!  This flies in the face of 2,000 years of international relations research. The weak do what they will and the strong suffer what they must? If they found that nuclear possession was statistically insignificant and the rest of the findings made sense, then that would be one thing.  But, it is impossible to tell a plausible story to account for these findings. There is clearly a major problem with the way the MCT is coded that biases the results in favor of weak states.

If a new American public opinion dataset showed that nothing was correlated with Republican support, or that Republican support was strongest among low-income voters, single women, and minorities, American politics scholars wouldn’t question everything they thought they knew about public opinion, they would assume that there was a problem with the data, they wouldn’t believe the results produced from those data, and they would not use the data in their own research.  Further investigation may be warranted, but it appears that this is the fate IR scholars should assign to MCT.

The theoretical component of Crisis Bargaining and Nuclear Blackmail is even more dubious.  It is a research note and, therefore, doesn’t have any real theoretical pretensions, but, nevertheless, the authors devote four pages to theory. The theoretical discussion, however, feels a lot like an erroneous finding desperately searching for any plausible explanation to account for it.

The article claims that nuclear weapons are not useful in coercion because nuclear weapons cannot be used to physically take territory and because it is difficult to threaten nuclear use.  The first problem is that this argument doesn’t even begin to shed light on the incomprehensible findings about nuclear and conventional weakness improving compellent success reported in Tables 2 and 3. Secondly, this is a straw man argument.  No credible scholar has argued in over fifty years that nuclear weapons can be used to take territory or that it is easy to threaten their use.  That doesn’t mean they aren’t useful for coercion.  Since 1960, scholarly research on nuclear deterrence has been devoted to understanding how states can threaten nuclear use given inherent credibility problems.  Leading deterrence theorists like Thomas Schelling and Robert Powell have demonstrated that there are a number of mechanisms states can use to increase the credibility of nuclear threats, such as playing games of nuclear brinkmanship.  My article builds on this tradition and advances our understanding of nuclear brinkmanship theory by, for the first time, explicitly incorporating the nuclear balance into nuclear brinkmanship models.

In short, nuclear deterrence theory does not stop with credibility problems; it begins there.  But Sechser and Fuhrmann do not even attempt to engage with post-1960 deterrence scholarship.  If anyone paid attention to this article – and they shouldn’t – it would not advance our scholarly understandings of nuclear coercion. Rather, it would set it back by over a half century.