In Defense of Homo Economicus

In this post, I seek not to defend the actions or priorities of a non-existent misanthropic being, but to defend the practice of analyzing models that assume human behavior mirrors that of Homo Economicus.  (I hope you’ll forgive me for choosing a slightly misleading title in order to preserve space.)

It’s easy to criticize those who assume that human beings are ultra-materialistic, narrowly self-interested, willing to collect all available information (and perhaps in possession of information that isn’t available), and immune to mistakes.  I have never met such a creature and hope that I never do.  So why would anyone try to understand the world we live in by analyzing models where people are assumed to behave this way?

I’ve discussed the role of assumptions before, but it’s a point that bears repeating — assumptions need not be true in order to be valuable.  If the map metaphor doesn’t work for you, consider the example of disphan climate models, described so eloquently by Paul Krugman.  With a dishpan, a turntable, and Bunsen Burner, one can reproduce 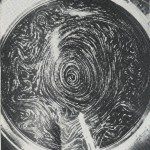 many of the essential features of the planet Earth’s climate system, including trade winds, storm systems, and the Gulf Stream.  This doesn’t tell us everything we want to know.  Your local weather forecaster is relying on far more sophisticated models.  But it’s a useful baseline.

We’d all like to produce work that achieves a 10 out of 10 in terms of explanatory power.  But, all else equal, we’d also like our analysis to score a 1 out of 10 in its level of complication.  If you add the constraint that you want to be able to say with great confidence that your conclusions actually follow from your assumptions, you’re going to have to accept certain limits on the second scale.  And if the only way to get to 10 on the first scale is to go to 1o on the second, we might think twice about attempting such — particularly if we can get to 6 on the first scale while only going up to a 2 or 3 on the second.  Reasonable people can disagree about how heavily to weigh each concern, but the point is that we shouldn’t simply criticizing people for failing to achieve a 10 on the first scale.  That’s an impossible standard to to meet.  We should pay attention to how much bang for the buck we’re getting — how discrepant from reality the outputs of our models are, relative to the inputs.  (And that’s true whether we’re working with empirical models or theoretical ones; mathematical or informal.)

I don’t think human behavior is identical to that of Homo Economicus.  Neither does anyone else.  But one could argue that the degree of similarity between human behavior and that expected from Homo Economicus rates about a 6 out of 10.  I won’t call that something it’s not — simple theoretical models based on unrealistic assumptions do not achieve perfect explanatory power.*  But if your goal is to see how far you can get with a model simple enough to allow you to be very confident that your conclusions actually follow from your assumptions, you can do worse than we’ve done by focusing on Homo Economicus.

What makes me say we’ve achieved a 6?  Well, there’s obviously room for disagreement here.  I wouldn’t argue too much with someone who thinks that 5 would be more accurate.  But the only way to say that there is minimal similarity between human behavior and that expected from Homo Economicus is to ignore the available evidence.

Consider, for example, one of the most influential papers demonstrating the failures of Homo Economicus.  In no uncertain terms, the authors inform us that the predictions of the Ultimatum game are not born out any of the 15 small scale societies they studied.  But how far removed from reality are the predictions of this model?  When I first describe this game to my students, I ask them what they expect the results to be.  A large number of them tell me that they expect most people to propose equitable divisions — to propose half of the money.  And some people do just that.  In some societies, such behavior is even typical, at least according to these experiments.  But it’s not in most of the societies the authors studied.

The following table gives the mean offers for each of the 15 societies the authors studied (click to enlarge). 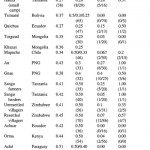 In almost every society, the person designated as the proposer offers less than half of the money, contrary to many people’s intuitions.  And that’s with face to face experiments.  One study of the closely related Dictator game (where the receiver doesn’t have to approve the division) found just under half the participants giving away least $3 of a $10 pie under normal experimental conditions, but only 15% under anonymity.

Perhaps more striking, if you give people the choice between dividing $10 between themselves and another person or taking $9 without anyone ever getting designated as a potential recipient, a good number take the $9.  That’s not what Homo Economicus would do, which would be to play the Dictator game and keep all $10.  But it sure as heck ain’t altruism or a concern for fairness or anything like that.  Moreover, if you but offer people the option to take instead of give, most will take.  They don’t take everything, a Homo Economicus would, but the fact that they take at all is quite telling.

As Levitt and List forcefully argue, much of the putatively pro-social behavior we’ve discovered through laboratory experiments appears to be an artifact of the laboratory setting.  We haven’t learned that people aren’t selfish — we’ve learned that they don’t want people to think that they’re selfish.

When people play the Trust Game, they usually transfer about half the pile of money, and receive about half of what becomes a larger pile back.  This seems to indicate that people are happy to take advantage of opportunities for mutual gain by lending money to those who will use it productively because they trust that they will receive back more than they loaned out.  Great!  So why do we have banks, and why is it necessary for the federal government to backstop those banks through the FDIC?  Where’s all the trust?  The spontaneous cooperation with total strangers in the absence of legal institutions protecting them against exploitation?

Again, no one is arguing that Homo Economicus is anything but a mythical creature.  Real people are not so narrowly self-interested.  But the behavior we observe in the real world bears more than a little resemblance to what we’d expect from Homo Economicus.  Reasonable people can disagree about how much complication we should accept in pursuit of greater explanatory power.  I myself choose different assumptions for different projects, sometimes accepting more complication and sometimes keeping things more simple.  I’m not trying to say that we should always assume that human behavior is similar to that of Homo Economicus.  What I’m saying is that it can be useful, at times, to do so.   That it’s pretty amazing that we can reproduce trade winds, storm systems, and the Gulf Stream with a dishpan, a turntable, and a Bunsen Burner.**

*To those who keep pointing this out as if anyone who studies such models is unaware, let me say as clearly as I can: we’re perfectly aware of that.  No, really, we are.  Seriously.  Thanks for pointing out the obvious, though.  Much appreciated.

**Yes, I am using that as a metaphor.