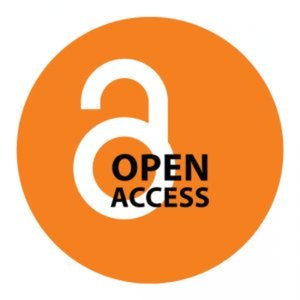 Robert Farley’s post last week about how long the journal publication process is struck a chord. One of my journal articles took three years from submission to appearance and was gated (I had to get my own piece through inter-library loan since it came out and the library didn’t have a subscription for the most recent issues). I have often felt as Farley does:

If you are reading this article in PS, the article has gone through a vetting and editing process that has probably lasted at least 18 months. This process undoubtedly improved the quality of the article, but it also substantially delayed its entry into the debate. Had I simply posted this discussion as a blog response to Sides, it probably would have taken me three or four days to write and edit it. I would have included multiple hyperlinks, effectively “citing” not only Sides article but a plethora of different pieces on blogging and the academy. The article could have been viewed by some 4,000 regular visitors to Lawyers, Guns and Money, plus another 8,000 or so subscribers. Any one of these subscribers could have responded (helpfully or unhelpfully) in our comments section, likely generating a long debate both on the merits of the article and on the merits of the author. Sides could have responded within a day, and a multitude of other political science bloggers might have chimed in during the ensuing weeks.

Instead, I published the article here in PS, giving up all of that in return for a line on my CV with the “peer review” annotation.The delay of this article, the loss of all of the interactivity that the Internet provides, and the substantial reduction in the number of people likely to read the piece buy me a slightly improved chance at tenure and promotion.

To say that this makes little sense is an understatement.

In addition to Farley’s call for blogging to become more central to our professional lives, his comments also provide some parallel grist for open access journals, for which I have some initial sympathy. That said, I share some of Dan Nexon’s concerns about the pay-for-play model that some open access journals engage in, where the authors basically defray the cost of the journals’ expenses.

These were made all the more salient upon reading this piece today in the New York Times that suggests low quality, unscrupulous pseudo-scientific journals may be proliferating and undercutting the rigor and standard-setting process in scientific inquiry. I’m not sure how big of a problem this is in political science, and one could easily see that the complaints could be used by incumbent publishers to try to keep out entrepreneurial start-ups. Nonetheless, the pay-for-play model, the use of near sound-alike names, the inability for people to remove themselves from mastheads and association with fly-by-night operators, all were worrisome portents of what can happen with disruptive technologies:

Those scientists had stumbled into a parallel world of pseudo-academia, complete with prestigiously titled conferences and journals that sponsor them. Many of the journals and meetings have names that are nearly identical to those of established, well-known publications and events….

The number of these journals and conferences has exploded in recent years as scientific publishing has shifted from a traditional business model for professional societies and organizations built almost entirely on subscription revenues to open access, which relies on authors or their backers to pay for the publication of papers online, where anyone can read them….

Researchers also say that universities are facing new challenges in assessing the résumés of academics. Are the publications they list in highly competitive journals or ones masquerading as such? And some academics themselves say they have found it difficult to disentangle themselves from these journals once they mistakenly agree to serve on their editorial boards.

Something good could be lost if flagship journals in the field were to somehow find their business model to become unprofitable. That may never be the case with APSR, IO, ISQ, but I’ve not looked into the business side of their operations. That said, something is amiss if the process of publication means that our work is potentially past the sell-by date when it finally appears and that few people can read it because access is limited. Here is hoping that our illustrious Duck leadership in their new endeavors can figure some of that out.