While the Ducks Are Away — Can We Bridge the Gap When They Get Back? 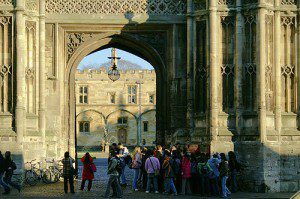 Practically the whole roster of Duck bloggers is out at the biggest IR conference of the year–the ISA Conference is in San Francisco this year–leaving this think tank Duck in DC alone and further pondering the divide between the policy and academic worlds.  In light of this cri de coeur from a high ranking Navy officer, I had a long conversation this weekend with a former high ranking Army officer who before recently joining the private sector spent two years back in higher education studying classics/philosophy/politics.

In my first and second post after joining this group blog–whose primary aim is to bridge the policy-academic divide–I attempted to highlight how an academic puzzle in search of an explanation is very much tantamount to a policy problem in search of a solution, and then threw out an idea for an Academic Policy Center as a real world device for making this happen.  We actually ran this up the pole at the 2010 G8 Summit in Canada, but after the proposal generated ample enthusiasm around the negotiating table, it got lost in the whole mini scandal that upended the summit at the time.

The now private consultant, who spent several tours in Afghanistan prior to her departure, was not wholly optimistic.  She concurred that both DOD and the State Department could really use such a Center, but knowing the culture she commented that it would take a philosopher king in order to make it happen.  I was forced to concur.  We agreed that the best shot we all have of this vast suspension bridge getting built would be, in very practical terms, having a Secretary of State and/or Defense who has a social science PhD and real experience in academia.  S/he would also have to be highly motivated to ensure over seveal years time that the products of the Center would get read and acted upon.

Steve Saideman has a banner idea for bridging the divide as well, and the massive opening up of the teaching side of academia bodes well that the same can happen on the publishing side.  There would still be the problem of getting overworked policy types to 1) find out about, and 2) actually read the companion blogs to published journal articles.  And 3) academics would need to have greater familiarity with the policy sphere to target the blog posts effectively.  We could do worse than all being required to know our Aristotle whether we go into government/military service or the academy.

OAIS Awards: and the Winners are….