Is Syria Infecting the Middle East? 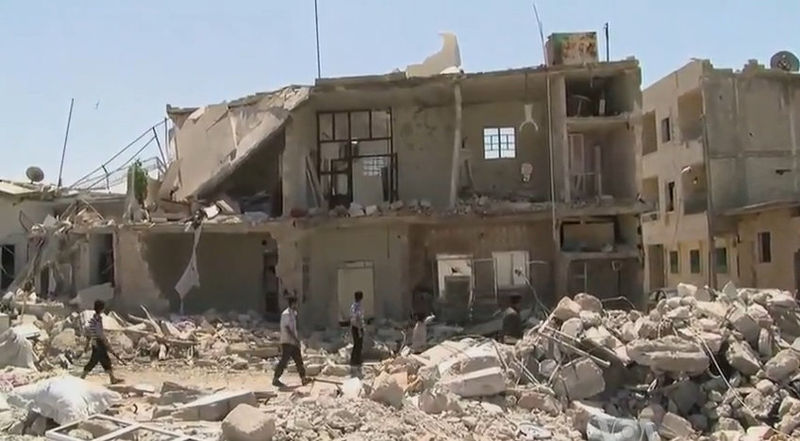 This is a guest post by Peter S. Henne. Peter received his PhD from Georgetown University in May 2013, and was a Fellow at the Miller Center at the University of Virginia during 2012-2013. His research focuses on religion and foreign policy; he has also written on terrorism and religious conflict.

A recent article in The New York Times illustrates much of what, in my opinion, is concerning about US debate over the crisis in Syria. The piece makes the bold claim that the conflict in Syria is not only affecting the region, it is infecting it with sectarian tensions. The authors use dramatic language, like “a contagious sectarian conflict,” “shaking the foundations of countries cobbled together,” and “simmering” ethnic tensions in the region.

The authors committed a bit of a taste faux pas by combining public health, architectural and cooking metaphors in one relatively short article. But if readers can get beyond these overwrought images, they might notice another thing: there’s not much evidence to back up their broad claims.

The argument of the article goes something like this: The Assad regime in Syria is composed of Alawites, while most of the society is Sunni Muslim. Now that there is a full-blown civil war between Alawites and Sunnis, Shia in the area will identify with the Alawites and Sunnis with their fellow Sunnis.

In order to prove this claim, you’d first have to demonstrate that Alawites and Shia Muslims do indeed identify with each other (the Alawites are a sect of Islam that Olivier Roy has referred to as a “non-clericalized” form of Shiism, and Assad had Iran’s supreme leader declare them Shia). You’d then have to show that this affinity leads everyone in the region to see the Syrian crisis as part of a broader Sunni-Shia conflict (you’d also have to show that exists).

This Times article does none of that.

They also bring up incidents of sectarian violence in the region as proof of the “infection.” Sectarian violence may have increased recently in Iraq and Lebanon, but do I really need to point out that correlation is not causation?

The biggest issue with this article, though, were the quotes they included to support their claims. An opposition fighter and pro-Assad partisan both say Sunni-Shia tensions are driving the conflict in Syria. Trita Parsi, a US-based Iran watcher and activist, provides a quote on Syria’s effects on regional sectarian tensions. These aren’t bad quotes per se, but combined with the less-than-stellar evidence in the rest of the article, they’re hardly slam dunks.

SAGE and the Duck of Minerva