Jarrod Hayes on “Bridging the Gap” 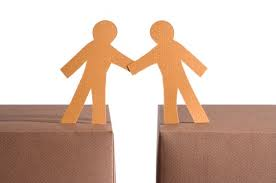 Editor’s Note: This is a guest blog by Jarrod Hayes, who is is an assistant professor of International Relations at the Georgia Institute of Technology. His research broadly focuses on the social construction of foreign and security policy. It deals with the International Policy Summer Institute, which has also received coverage at The Monkey Cage.

I have had the great pleasure and honor to attend the Bridging the Gap/International Policy Summer Institute hosted by (the very impressive) American University School of International Service.  The experience has been a rich one, with an amazing cohort and substantial depth and scope from the speakers.  Out of that depth and scope, a point really caught my attention.  A few of the speakers have anecdotally noted that policymakers often think using the concepts and logics of theory, but they are unaware that is what they are doing.  This is a really fascinating point, and potentially one of the ways that scholars might be able to ‘bridge the gap’ between academics an policymakers without writing explicitly policy oriented scholarship (although we should do that too).

By studying and thinking about theory, IR scholars are developing–even if they do not intend to–insight on the logics that motivate and shape policymaking.  This fundamental connection between the study of IR theory and policymaking suggests a couple points about the gap.  First, that the gap at a foundational level might not be as wide as it seems when academics neglect policy-specific recommendations and policy makers moan about the esoteric nature of scholarship.  Second, to my mind it should awaken policymakers to the potential of IR theory for making them aware of the ideational factors that undergird the ways they (and foreign policymakers) think about the world.  While the self awareness component may not be of interest, understanding the behavior of foreign policymakers certainly ranks highly.

One might argue that a couple anecdotes at a summer institute are suggestive but do not provide the basis for broad conclusions.  I agree, but one of the reasons that I find this point interesting is that Patrick James and I have written an article on the subject that will hopefully appear soon.  In that article, we find systematic evidence that supports the anecdotal examples I’ve heard here at IPSI.  I won’t discuss the piece at length here to avoid prejudicing the peer review process, although hopefully I’ll be able to write soon on the piece as a forthcoming article.  The point, though, is that we have found evidence that policy makers really do think in terms of theoretical logics, and that means that there are basic, fundamental connections between the study of IR and foreign policymaking.  An awareness and appreciation of these connections would be of benefit to both sides of the gap.