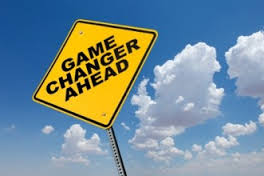 The Whole of Government Needs a Game Changer

Here are some recent phrases that entered the policy lexicon in the last few years that I absolutely hate – “whole of government” and “game changer.” There is a faddishness to tropes in the policy arena that proliferate, that capture a certain sentiment of the moment that soon become over-used. Earlier, it was “tipping point.” I kind of hated that one too.

These words are useful short-hand. Ah yes, a game-changer, that which changes the game, a dramatic development that upends our understanding of what will transpire. Yet, strung together with other stock phrases, you end up with policy pablum. 2013 was a game changer, and now we are at a critical crossroads. We need a whole of government response to the events of recent months, which represent a tipping point in the events (in Syria, North Korea, Iran, Brazil, Turkey). Gag. We should be offended by such writing, as it demeans the craft of writing, turns policy language in to rote speech.

We do need a common vocabulary. Why do I hate game-changer when words like anarchy and civil society are also bandied about as short-hand? Here is use of the phrase in an otherwise exemplary 2012 study for the National Academies Press on climate change and national security. These references take place within a couple of pages:

We agree with the need for a whole-of-government approach and note that the effort should include improved knowledge and monitoring of changing vulnerabilities as well as of climate trends.

A whole-of-government approach to understanding adaptation and vulnerability to climate change can advance the objectives of multiple agencies, avoid duplication of effort, and make better use of scarce resources.

The intelligence community should participate in a whole-of-government effort to inform choices about adapting to and reducing vulnerability to climate change.

The U.S. government should begin immediately to develop a systematic and enduring whole-of-government strategy for monitoring threats connected to climate change. This strategy should be developed along with the development of priorities and support for research.

What the hell does “whole of government” mean beyond greater inter-agency coordination? Do we need a new phrase for something that is already supposed to be happening? Something about the use of whole of government always seems to imply that it is an inherent good, that there are never downsides of bringing more agencies in to coordinate (as if there are not collective action problems associated with actors with heterogeneous preferences). Maybe asking for all the agencies to work together isn’t always a solution.

Perhaps I’m developing my slow, steady descent into grumpy old man-dom, but I tell my students that when I see these kinds of phrases in their work that they inspire an extremely negative reaction. Why? The point of higher education is to foster critical thinking, the ability of our students to develop a set of concepts and tools to understand the world. The boilerplate, the catch-phrases du jour seem to me the opposite of that. You reach for such words as filler and fluff. Words like anarchy have a richer conceptual underpinning that mean something.

What are the phrases and fad words that infuriate you? Is my reasoning off?

Could the Youth Protests of the EU, Middle East, Turkey, and Brazil Spread to Asia’s Corrupt Democracies?