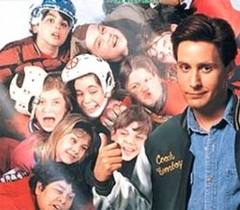 Above, I’ve posted another photo of the crack Duck blogging team (that’s me upper left, my dissertation advisor is lower right). Right now, I’m en route to a conference in Norway so my 22 month old son has prepared the following post of Thursday Morning Linkage. (Well, if he had, there would be lots of posts about dogs. He loves dogs.) In any case, you’re stuck with my persistent interest in conservation, energy, and health issues.

Finally, even as I expressed some concern earlier this week about the virtues of micro-level project based development, I’ve got a little side endeavor called Friends of Ecuador. It’s mostly an alumni association of Returned Peace Corps Volunteers who served in Ecuador. We just re-branded and re-launched our website this week. So, even if I realize that Ecuador’s success will likely hinge on what its leaders do, I still think programs like Peace Corps are good vehicles, particularly for Americans to get to know the world, but I also hope in some small way that these programs and projects go beyond good intentions and cross-cultural awarness.

The Three Commandments for Editing a Journal