I spent most of the past week in Kansas City, MO while my daughter competed at the Tumbling and Trampoline National Championships. If you must know, she did fine. I’m most proud of how she handled herself. She was expected to do very well in one of her events, but she made some mistakes and underperformed. She didn’t let it get to her, however, and we had a great time.

This was the first time I’d set foot in Kansas City. In fact, I’ve never been in Missouri before. I had no idea how cool the architecture is. Kansas City has a number of pre-war landmarks, including Municipal Auditorium, which is simply a magnificent structure. 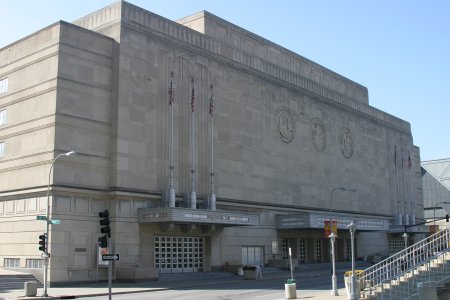 Other notable 1920s and 1930s buildings include the Kansas City Power and Light Building and 909 Walnut. There are also a significant number of Gilded Age projects. Kansas City is also, of course, famous for its BBQ. As a vegetarian, I’m afraid this charm was lost on me. 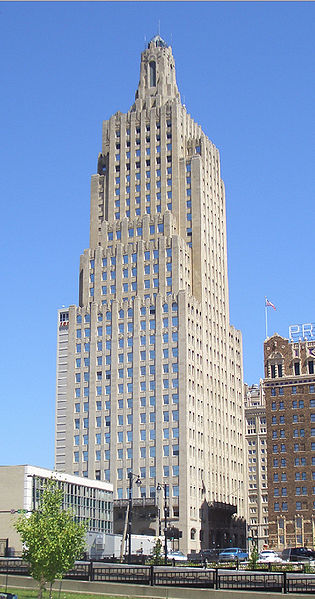 One thing that many of the parents in attendance remarked upon however, was the almost total absence of recycling receptacles. There were plenty of trash cans, but it was extremely hard to find somewhere to place cans or newspaper. This was true even in the hipster-wannabe districts. Yet Kansas City does have a recycling program. Odd.

I’d say that was about the only serious source of right-coast culture shock. Indeed, given the mallification of the United States, you can travel just about anywhere and never change consumption habits. As I’ve remarked before, box stores have taken the place of newspapers in creating and sustaining the American “imagined community.”

On that note, the only major disappointment was Kanas City International Airport. Post-security vending was scarce, overpriced, and terrible. Given our lengthy departure delay, this amounted to a rather annoying first-world problem.

[images from UMKC and Wikipedia. Haven’t had a chance to upload my own]