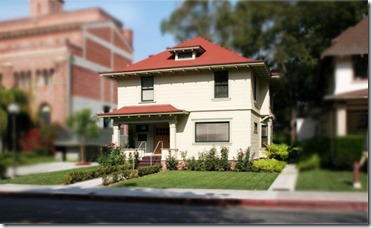 It’s always a pleasure to guest-post my good friend Dave Kang. Dave teaches at the University of Southern California and runs their Korean Studies Institute (the pic). Here are some previous guest posts he’s written (one, two, three).

Here is his encouragement to actually apply international relations theory to East Asia. I can’t agree more. There is far too much superficial, think-tank wonkery about East Asia (how many nukes does China have? will Pyongyang test another missile? and so on), and not nearly enough real theory. Dave does that, and you should too. So instead of yet another, I’ve-read-this-all-before policy essay about the South China Sea or China’s aircraft carrier, the essays referenced below should be good encouragement that we write something richer.

“Thanks to Bob and DoM for letting me guest-post yet again. I have an article on “International Relations Theory and East Asian History” that appears in the current issue of the Journal of East Asian Studies, edited by Stephan Haggard. In conjunction with this post, Lynne Rienner will make the article freely available to all for the next 30 days; you can download it here until October 1.

In this post, rather than recite the arguments, I thought I’d provide a bit of context for why I think the study of East Asian history poses fundamental questions for the field of international relations.

Much of the debate about how best to explain the international relations of historical East Asia resonates with some recurring and central theoretical concerns often discussed on this site: is there a “reductionist gamble” in IPE built upon a particular type of actor, interests, beliefs, and patterns of interactions that are actually not universal? Are there different ways of knowing and are many scholars in the American IR field more tightly bound within certain assumptions about the world and how to make scientific progress than some of them might want to believe? Perhaps most obviously, did historical East Asia exhibit more hierarchic relations than we see in the contemporary, Westphalian world? Iain Johnston has argued that “ignoring East Asian cases in IR might mean that many of the claims in transatlantic IR theory today have external-validity problems, and including these cases/observations might mean our theories of IR require serious revision.”

I would argue that many of these questions are fruitfully studied by exploring contemporary – and historical – East Asian history. The Western international system grew and spread out of something that preceded it that was quite different. Because of the triumph of the Westphalian nation-state system, it is forgotten that other international orders have existed, and might exist again. The current international system is actually a recent phenomenon in the scope of world history, but to date it has generally been studied from within: scholars studied European history to explain how this European model for international relations developed over time.

The best way to study the current system, however, is to compare it to another international system. Yet this sort of comparison requires a very long historical perspective or a look at systems that truly antedate the gradual triumph of the Westphalian order. Research on historical East Asia provides an opportunity to seek out genuine comparisons of international systems and their foundational components.

In the special issue, some scholars argue forcefully that East Asia is no different from any other system, and that nature of the actors and the significance of the distribution of capabilities are universal components of any international system across time and space. Others — including me – argue that there are different systems with different ideas, actors, institutions, and norms, and that these were consequential for issues IR scholars care about.

No matter what readers conclude, the more scholars take seriously the East Asian experience, the richer will be the IR discipline’s theories and debates. For example, scholars are just beginning to explore the theoretical implications of this historical research, such as Yeun Foong Khong’s piece on the American tributary system or Evelyn Goh’s wonderful forthcoming book on hegemony, hierarchy and post-Cold War East Asia. Bob himself has contributed a wonderful and provocative piece on some of these issues in EJIR, which is definitely worth checking out.

Here’s the abstract from my piece – I hope it entices people to read the whole article, and indeed the entire issue, because there are some great essays there:

‘Long understudied by mainstream IR scholars, the East Asian historical experience provides an enormous wealth of new and potentially different cases, patterns, and findings, which promise to enrich our IR theoretical literature largely derived from and knowledgeable about the Western experience. The intellectual contributions of this emerging scholarship have the potential to influence some of the most central questions in international relations: the nature of the state, the formation of state preferences, and the interplay between material and ideational factors. Researching historical East Asia provides an opportunity to seek out genuine comparisons of international system systems and their foundational components. This introduction surveys the field and sets out to frame debate and the intellectual terms of inquiry in order to assess progress and guide future research. Theoretically, the papers in this volume provide insights on the emerging literature on hierarchy in international relations, and are moving beyond simplistic assertions that power “matters” to explore the interplay of material and ideational causal factors. Methodologically, scholars are no longer treating all East Asian history as simply one case, while also becoming more careful to avoid selection bias by avoiding choosing selective evidence from the rich historical record. Collectively, the empirical cases discussed in this volume span centuries of history, include a wide variety of political actors across East Asia, and represent an exciting wave of new scholarship.’

· JEAS will offer a 25% discount for online subscriptions if you use this code: JEAS14. I’d like to suggest that readers check out the Journal of East Asian Studies — Stephan has done a masterful job of providing a journal that consistently publishes interesting and important articles that combine rigorous social science scholarship with deep knowledge of East Asia. An ongoing discussion among us eggheads is whether it’s possible to combine the two, and JEAS makes a strong case that the answer is yes. I highly recommend checking it out.

Summer Teaching – Why Teach and What Makes It Different