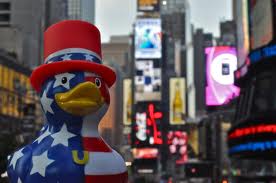 In the spirit of the dramatic events of yesterday, we at the Duck want to bring your morning linkage with news of the Zimmerman trial. Err, scratch that, we’ll leave that to CNN. Lots of attention being directed to the dramatic events in Egypt, plus some obligatory posts below about conservation, including reports that Joseph Kony has turned to poaching elephants (what unsavory s–t will that guy not do?).

On Egypt, for me the requisite judgment is, at this stage, ambivalence. I can’t see how the events unfold in a positive way. You have the ouster of a democratically elected leader but one who hardly lived up to (m)any democratic ideals, in terms of his effort to consolidate power and run roughshod over the opposition and more secular forces. But, more sage voices know more:

In your non-Egypt news, here is a motley set of links: