What We Know, Don’t Know, Can’t Know and Need to Know About the DOD’s Classified Study on Drone Deaths 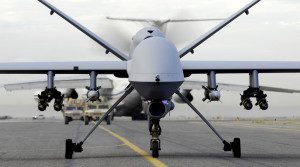 Just before Independence Day, an analyst for a defense research agency stated in a media interview that a classified DoD study shows that drones are likelier to cause civilian harm than attacks from manned fighters. Lawrence Lewis, a researcher for the Center for Naval Analyses, says these findings resulted from a  statistical analysis he conducted using classified data from Afghanistan mid 2010-mid 2011 as part of a project funded by DoD’s Joint Center for Operational Analysis.

If true, this would dramatically shift the discussion about the humanitarian impact and value of armed drones. There are all kinds of human security arguments against drones – they make war likelier, they kill too many civilians, they weaken the rule of law; and all kinds of national security arguments in favor of them – they decapitate terror networks, they prevent attacks, they keep troops out of harm’s way. But there is also a human security argument in favor of drones: that when used lawfully they save foreign civilian lives relative to other kinds of strikes because they are precision weapons.

But if drones are likelier to harm civilians than manned attacks (the explanation is that drone pilots lack the training in humanitarian law and civilian protection that manned pilots have) then that goes out the window.

So, is the finding valid?

That’s the problem: no one can review or interpret the results of the study because both the report and the data are classified. So actually it is impossible for journalists to verify what the study finds beyond the declassified executive summary, much less for commentators to evaluate the data, the findings or the causal analysis. There is good reason to think it may be valid since the DOD has little incentive to manufacture liberal estimates of civilian casualties. But all reporters can know at this point is that a DOD analyst has reported such a finding. We don’t know how what data is used, how the study defines “civilian” or “casualty,” how the analysis was conducted or how generalizable it is. We especially do not know how the causal explanation for the finding was arrived at without seeing how the analysis was conducted. And we can’t know any of that if the study remains classified.

We do know one other thing, however. If the study actually exists, then whatever the data shows it means the US Government is sitting on an analysis of body counts it has been denying it keeps, the findings of which should certainly be subject to public scrutiny, since we need to know something about casualty rates in order to have a more informed debate. Perhaps they will be soon, if a pending FOIA request by the ACLU is honored.