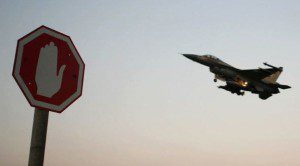 Two kinds of military intervention are being discussed and conflated by political elites (like Nicholas Kristof) and international diplomats. The first is an enforcement operation to punish a state for violating a widespread and nearly universal global prohibition norm against the use of chemical weapons. This is what Kristof refers to in the title of his Times op-ed, “Reinforce a Norm in Syria.”  The second is a humanitarian operation to protect civilians against a predatory government. This is what Kristof means when he compares proposed military strikes in Syria to intervention that happened in Bosnia and Kosovo and (tragically) didn’t happen in Rwanda.

Well, it’s useful to clarify which we are talking about since both kinds of operation involve very different tactics and different kinds of legal and moral reasoning. I discuss both at Foreign Affairs this morning:

[If punishing norm violators is the goal], the appropriate course of action would be to, first, independently verify who violated it…. Second, the United States would have to consider a range of policy options for affirming, condemning, and lawfully punishing the perpetrator before resorting to force, particularly unlawful force… Third, should the United States decide on military action, with or without a UN Security Council resolution, it would need to adhere to international norms regulating the use of specific weapons in combat.

But such a strike should not be confused with military action to protect civilians.  [If the goal were to protect civilians], then R2P doctrine should come into play. Although the doctrine does sanction the otherwise unlawful use of force in certain grave circumstances — a threshold arguably met in Syria quite some time ago — it also treats military force as a last resort. And it requires states to consider both just cause in terms of civilians lost, not the type of weapon that killed them, and right authority. That means opting for multilateralism at minimum, which suggests that the United Kingdom’s new statement in favor of unilateral intervention would not be consistent with R2P. Right intention also matters: the goal would have to be actually protecting civilians as far as possible within the bounds of international law, rather than maintaining credibility or protecting brute national interests.

Most importantly, R2P requires policymakers and military planners to weigh just cause against the question of whether there is a reasonable prospect of success at reducing civilian bloodshed, given the available resources and constraints, and to select the best type of intervention to meet the goals, which generally means a much longer commitment of blood and treasure than punitive air strikes… In certain scenarios, military strikes simply wouldn’t pass these various tests. In cases in which forceful action would risk more civilian lives than it could save, continued diplomacy and non-coercive measures are more consistent with R2P.

What Do International Law and Norms Say About Burning People Alive?