Resistance is Not Futile.

A claim common among opponents of a treaty ban on autonomous weapon systems (AWS) is that treaties banning weapons don’t work – suggesting efforts to arrest the development of AWS are an exercise in futility. Now this claim has been picked up uncritically by the editors at Bloomberg, writing in the derisively titled, “No Really, How Do We Keep Robots From Destroying Humans?”:

“Bans on specific weapons systems — such as military airplanes or submarines — have almost never been effective in the past. Instead, legal prohibitions and ethical norms have arisen that effectively limit their use. So a more promising approach might be to adapt existing international law to govern autonomous technology — for instance, by requiring that such weapons, like all others, can’t be used indiscriminately or cause unnecessary suffering.” 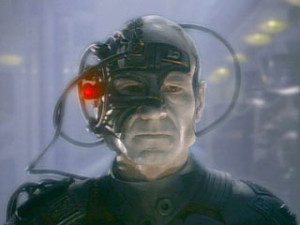 The editors point out a valid distinction between weapons that are banned outright versus more generic questions of how the use of a specific weapon may or may not be lawful (the principles of proportionality and distinction apply to the use of all weapons). But they also make a conceptual and a causal error, and in so doing woefully underestimate the political power of comprehensive treaty bans.

First, attack submarines and military airplanes were never banned outright by multilateral treaty, so in questioning whether treaty bans work the appropriate analogies are to weapons that were banned like chemical weapons, biological weapons, landmines, cluster munitions, blinding lasers and non-detectable fragments; or possibly to those for which more limited yet weapons-specific “regulatory” regimes exist: white phosphorus, nuclear weapons, explosive remnants of war and incendiary weapons. (A customary law prohibition also exists for expanding bullets.)

As to the claim that these bans and restrictions never work, it’s simply false. Political science research shows that comprehensive bans in particular enjoy better levels of compliance than many other multilateral treaties in the security arena. For example, in a study of compliance with a long list of treaties regulating the conduct of war, James Morrow found that “chemical and biological weapons have the best record of compliance, followed by… aerial bombing” compared to issues like civilians, prisoners, and protection of cultural property which enjoyed lower yet still significant levels of compliance relative to what one might expect in the absence of a treaty. Similarly, comprehensive bans on landmines and cluster munitions enjoy a significant degree of compliance from both state and non-state parties. For example the Arms Control Association points out that “Many non-signatories are in de facto compliance with the Ottawa Convention by refusing to use landmines and committing to voluntary destruction of stockpiles.”

But compliance is only part of the story: treaties can exert an “effect” on the problem they’re trying to solve even in the absence of ratification or strict compliance. For example, the landmine and cluster munitions treaties have been shown to have impacted the behavior of non-parties as well, strongly suggesting, as Adam Bower has noted, that treaties can have an effect even in the absence of great power involvement. The United States, while refusing to sign Mine Ban treaty, is in compliance with numerous provisions and contributes significantly to demining operations globally, contributing in large part to the humanitarian effectiveness of the treaty despite incomplete global compliance with its provisions. The treaties have stigmatized antipersonnel landmines and cluster munitions, and empowered civil society to put pressure on non-signatories. This “stigmatizing” effect of treaties in general is described in some detail in this paper by Richard Moyes and Brian Rappert. The existence of a treaty can also trigger ongoing communicative action among governments about how to comply with global standards, as Mike Hayashi details here.

Can existing international law be used to some degree to govern developments in AWS in the absence of an outright ban? Of course. Might a specific treaty prohibition be called for to further restrict these untrammeled developments if the case can be made that such weapons are by their nature contrary to international law? Quite possibly. Would it be likely to have some impact? History suggests yes. So one can of course make various arguments as to why a pre-emptive ban on autonomous weapons is the wrong way to go, but the claim that treaty bans on specific weapons don’t make a meaningful difference in state behavior isn’t a strong one.

The (American) Job Market and Interpretive Methods in Political Science