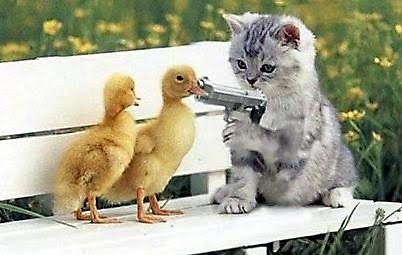 Gunmen killed scores of students in their sleep at Yobe State College of Agriculture in Nigeria early Sunday morning.

via Adam Jones on FB, it is interesting to note this massacre was reportedly sex-selective, with only young males targeted – what Jones has referred to elsewhere as ‘gendercidal‘.

The NYTimes’ Sunday expose on accidental guns deaths and children is a sickening, horrifying read sure to galvanize attention but is almost too sweeping to grasp. Two key points almost hidden among the anecdotes of gross parental neglect in leaving guns lying around for children to shoot each other with: a) absence of a federal standard for coding and tracking accidental v. intentional gun deaths makes it difficult to have an informed debate weighing public health costs against citizen safety concerns and b) “safety training” for children about guns doesn’t seem to work, at least with boys: experimental trials as well as anecdotal evidence shows boys will pick up and handle guns where they find them, and pressure one another to do so, regardless of safety training.

The Guardian reported Thursday on slave-like conditions among migrant workers building infrastructure for the upcoming World Cup in Qatar: workers are dying of heart attacks in the desert heat for lack of water, have had their passports confiscated and are being beaten and refused pay if they complain. FIFA organizers as well as many human rights organizations are “appalled,” but debate still seems focused less on the conditions of workers and whether Qatar should thus have its bid revoked, but rather on whether the tournament itself should be held in winter so the athletes don’t have to suffer in the heat.

The Boston Globe reports on vaccinations, measles and health security. In other health-and-human-security news, important information for soccer moms everywhere: driving causes problems with the pelvis and ovaries (according to Saudi Sheikh Saleh bin Saad al-Luhaydan).

The International Campaign to Abolish Nuclear Weapons asks “where is the red line on nukes?”

Finally, a neglected human rights campaign in need of an NGO advocate? John Botto has written a manifesto against mustache discrimination.

Game of Chicken and the US Government Shutdown: What Game Theory Can Tell Us About Likely Outcomes