NGOs: Chemical Weapons are the Least of Syrian Civilians’ Concerns 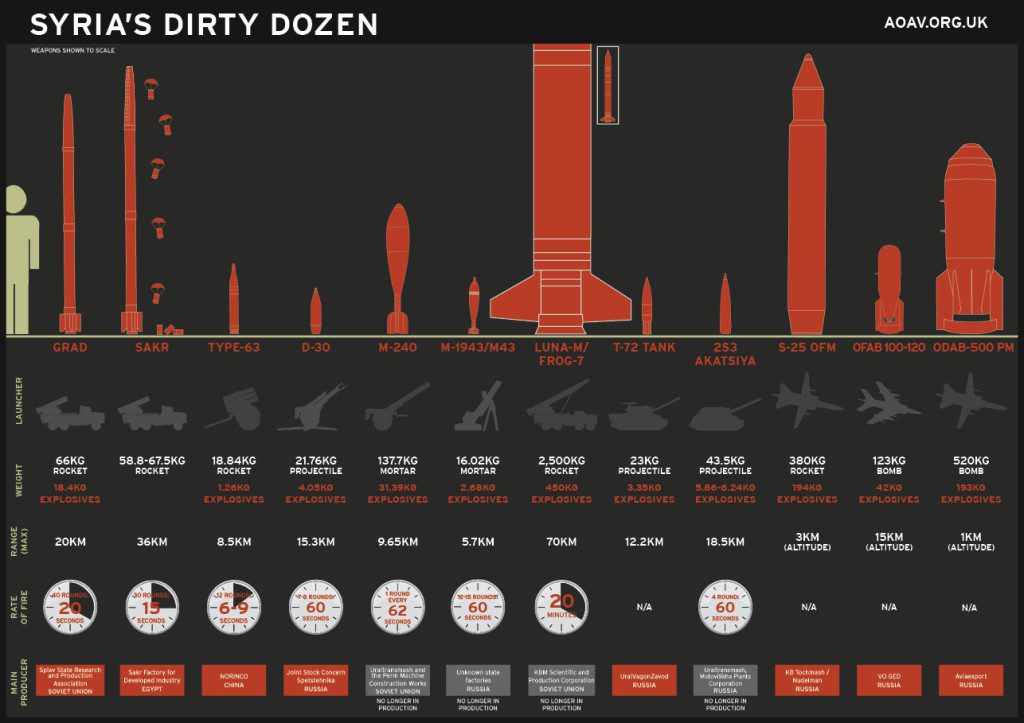 By even the most cautious estimates, explosive weapons have killed and injured tens of thousands of people in Syria. They are thought to be responsible for about 40% of deaths in the conflict.

Crucially, civilians are overwhelmingly the victims of this group of deadly weapons, which includes rockets, mortars, tank shells, and air-dropped bombs. In Syria, more than 90% of the casualties of explosive weapons have been civilians.

And while the horrifying effects of chemical weapons have been dominating headlines in the last month, rockets, mortars and artillery are continuing to kill more and more people on daily basis. Just last week, 11 people died when a plane fired missiles into a field hospital in northern Aleppo province.

What NGOs are calling attention to is what Nina Tannenwald refers to as a perverse effect of international prohibitionary norms. While norms can constrain bad behavior, such norms also exert “permissive effects” whereby the social sanction against one type of action implicitly legitimizes others. The international reaction against chemical weapons in Syria, to the exclusion of attention to other types of civilian harm, constitutes such a “permissive effect” on civilian targeting and the indiscriminate use of explosives which should rightly be questioned by human security advocates.

The Problem with Grand Strategy: Preemptive Cyber War with China

Research Primer for Religion and IR