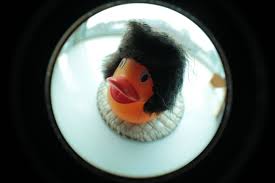 There is an ongoing debate questioning if and how reputation matters in International Relations. The question is important right now in relation to the red line the United States setup regarding the use of chemical weapons in Syria. I am not sure how reputation can matter if Russia is being held up as the mediator in striking a deal with Syria, Russia, and the West.
If Russia is the mediator, the source of guarantees about respect for international law and the chemical weapons convention, reputation clearly does not matter because Russia has very little standing in terms of respecting international laws and norms. Russia is not an honest broker between the two sides. In a forthcoming book, my coauthor and I develop the argument that Russia and the United States are involved in an ongoing rivalry that only went a dormant a few years after the Cold War. It was revived over issues in Russia’s regional sphere of influence. Recounting this entire argument will have to come another time, but Russia’s interests clearly lie in preventing a U.S. diplomatic victory and propping up the Assad regime.

Syria is Russia’s last outpost of interest in the Middle East. In many ways, they are as tied to the state as the U.S. is tied to Israel. Syria hosts Russia’s warm sea port, Tartus, their only direct access point to the Mediterranean. Russia has done everything possible to help Assad except to directly intervene on the Syrian side. Its ships have moved off the coast of Syria and it has delivered weapons to the Syrian military. That Russia can broker a peace agreement between the two sides is like saying Cuba could broker a nuclear disarmament agreement during the height of the Cold War.

Besides Russia’s deep ties with Syria, its newfound respect for International Law is almost laughable. The New Yorker’s  response was to offer a parody love column by Putin. The list of recent incidents that show that Russia has no respect for international law is long and taxing. There is the Georgian conflict of 2008, the Estonian Bronze Solider incident of 2007, their treatment of homosexuals, the worrying number of journalists killed while on critical assignments,the government’s handling of rebels and civilians in the Caucasus region, and the list of tycoons jailed on suspicious chargers in order to regain lost Russian wealth during oligarch era. The list goes on and on, yet Russia is being taken seriously in this situation.[1]

Is this really the country that will guarantee Syria’s respect for international law and treaties?  Clearly most parties want to avoid war at this point and they will go to such extreme lengths as to take Russia up on its offer to avoid a direct conflict. While overall, this might be a positive outcome, I am not assured that the agreement will hold and that the Assad regime will respect the rights of its enemies on the battlefield. Beardsley’s work suggests that as the influence of mediator wanes and the demands of the combatants change, agreements are increasingly unlikely to be upheld.

It is unlikely that anything other than a long quagmire will develop in Syria where civilians continue to be killed at an outlandish pace. What is needed is a mediator both sides can agree on, a broker that is respected by all or the agreement is unlikely to hold. There are mechanisms that can increase the effectiveness of mediation, but Russia does not meet any of these conditions.  This is an intervention we do not want, but in avoiding that outcome the West has made compromises that will likely make the situation worse in the long run.

[1] Not that the US would be an honest broker either, given the abuses committed prior to the Iraq War.

Symposium — Of Paradigms and Assumptions

Climate change and conflict revisited: fixed effects or no?