The Virtues of Quitting 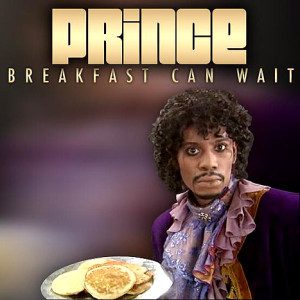 We have all quit from time to time.  Choosing when to quit and move on is tough proposition, especially for researchers. I never really thought much about the issue and how it relates to our work until Dave Chappelle brought it home for me recently. I saw his set on the Funny or Die tour during APSA weekend in Chicago. I just had to go; I can only take so many nerdy conversations.

Of course Dave Chappelle is famous for quitting his show. Many say he walked out on $50 million dollars plus a litany of other accusations. He maintains he just had to get away. That $50 million was never on the table, but he would have loved if it was. No matter what the reality is, it is clear the burden of the situation pushed him to quit and move on.

Many of us quit, we all have to quit sometimes. The best segment of his set was the story of how he told his son about the virtues of quitting. Dave’s son was tired of playing a certain sport in Catholic elementary school; he no longer got any enjoyment out of it. So Dave advised him to quit. His son then told a friend. His friend, an “O’Malley” in this story, then also quit the sport. The O’Malley patriarch wanted to have a word with Dave. O’Malley’s don’t quit. Well, Dave’s response was that the Chappelle’s do!  And so did the Pope a few days later, bringing immense satisfaction for Chappelle.

Sometimes we need to know when to walk away. It’s tough for an academic to do this. We often invest so much time and effort into a project and it is tough to see it fail. Careers can be broken against the rocks of a failed project; under-placement can hurt as much or more than not publishing something. Quitting has to happen sometimes. Sometimes projects just don’t work out. We must learn lessons from them and move on. There is no point in sinking costs into a fruitless and failed project. Trying to save a project can often lead to more harm than good (same with trying to save a theory but this is a story for another day).

I recently quit the most important thing of all…my job. I walked away, declined to fight anymore. Perhaps one day I will tell the full story of my situation at UIC, for now, let’s just leave it as I walked away.[1] There were certain legal options and procedural options open to me to continue the fight. I had to ask myself one question, did I really want to stay in an environment that put me in this situation?  I thought it over after a long bike ride and decided even if given the option to stay; it would do more harm than good. My publication record would suffer with the distractions, my personal life would continue to suffer, my health would suffer. Everything would suffer. So I quit. I just packed up and moved to a whole different country, a tough proposition for someone as tied to the U.S. as I was.

I learned a lot from quitting. I am better off for it. My work has somehow reached a new level, I am fearless given that the absolute worst thing that could happen to an academic (in our jobs at least) – already happened to me. In many ways it was freeing. Not that I would recommend the process to anyone.[2] The point is many good things resulted from quitting and I am happier for it. The last few years at the UIC position where weighing on me. The developing fights were just too much to handle. I avoided going to the office, ever. My teaching suffered (in my opinion, although for some reason my evaluations where higher than ever). The city I loved so much, Chicago, was starting to sour on me as a result of the continuing struggles in my department.

Taking a lesson from Dave Chappelle is important, just quit something when the returns no longer match the effort you put into the project or situation. Every academic has that paper or book they keep plugging away on fruitlessly. The things that we do can have diminishing returns. The pressure of success can do more harm than good. There is freedom in quitting. Learn some lessons, become a better person, move on. Take that failed, distracting, and fruitless dream project out back and put it down. Life is better that way.

[1] I am being deliberately vague. First of all, the whole situation requires its own post, but I also need to process what happened a bit more.

[2] Besides writing more about how it feels to go through all this, the costs, the impact, how dramatic it was, I will also have to write about how for some reason people seem to think denials in this situation are beneficial. They look at people like me and others that have done well since and suggest it can be a good thing.  It is not a good thing. People who survive and thrive were likely to succeed anyway. What we never hear about is those that disappear.