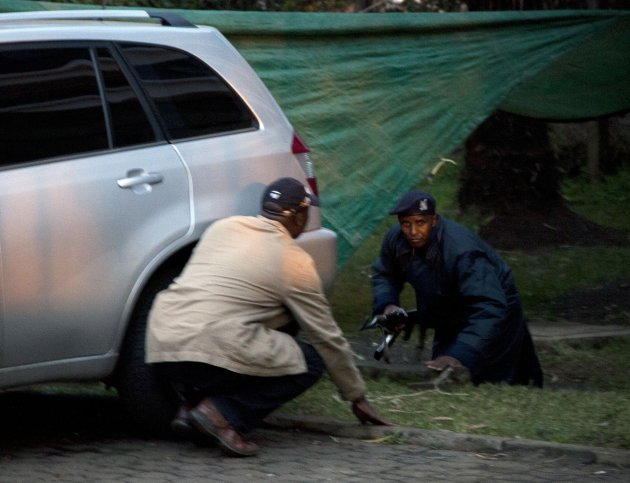 I was transfixed this week by the week’s events in Kenya, the attacks by Al-Shabaab on the Westgate shopping center that resulted in the deaths of at least 60 people. With friends just a stone’s throw away from that mall, it was hard to turn away from that unfolding set of events. So, this week, to give you some context, I’ve linked a number of stories that try to explain how the attack could have happened, why al-Shabaab appears intent on this kind of action, and what this means for security in East Africa.

At the same time as we have witnessed this horrific tragedy, there appears a positive opening between the United States and Iran, led by its interesting new president Rouhani. While no meeting occurred between the U.S. and Iran occurred at this week’s United Nations annual gathering of heads of state in New York, the prospects for progress in this space are better than they have been in a long time.

Beyond this, I link to additional stories on global health, including a new UNAIDS report that shows continued progress on stemming new infections as well a new £1bn pledge from the British government to the Global Fund.  Oh, and The Monkey Cage went live on the Washington Post site.

– Attackers rented a shop in Westgate three months in advance, stocked it with weapons

– Some see the attack as a sign of desperation by Al Shabaab, a high risk gamble by the group facing declining fortunes intended to provoke an overreaction from Kenya

– Mahmood Mamdani blames the rise of Al Shabaab on American support for military action in Somalia that ousted the Islamic Courts and created an opening for Al-Shabaab, reminds us that there is no military solution to this problem

– The Monkey Cage re-ups a blog post by Thomas Hegghammer who suggests, based on his APSR article (ungated here through Oct 31), Western jihadists aren’t as a big a threat to the West as we might think, there are not that many of them and most of the ones who say leave the United States to go to Somalia or Dagestan don’t come back. Not sure if that’s reassuring to the recipient countries or Western countries since it just takes one Tamerlan Tsarnaev to cause mayhem at the Boston Marathon

– Al Shabaab was thought to be on the ropes after the 2011 famine but maybe not, still lucrative access to charcoal market

– The “white widow,” an English convert to Islam and wife of a slain terrorist was purported to have been involved in the attack; her backstory

– What do we know of Al-Shabaab? A review of a book by Hansen, emphasizes the attempt to both be pan-Islamic and patriotic

– Amidst the apparent disorder in Somalia, a thriving Somaliland, Geoffrey York reports

– Access to treatment increased by 20% in 2012 in low and middle income countries in 2012, says UNAIDS in new report

– Donor disbursements for AIDS hold steady in 2012 compared to 2011 at nearly $8 billion, $5 billion from the U.S. alone, new Kaiser/UNAIDS study

I’ve got a post in the works on Obama’s new emissions rules for power plants and what’s happening in China. So be on the lookout!

The Numbers Do Not Lie: People Don’t Like Numbers