Why is the International Community Protecting the Wrong Norm in Syria? 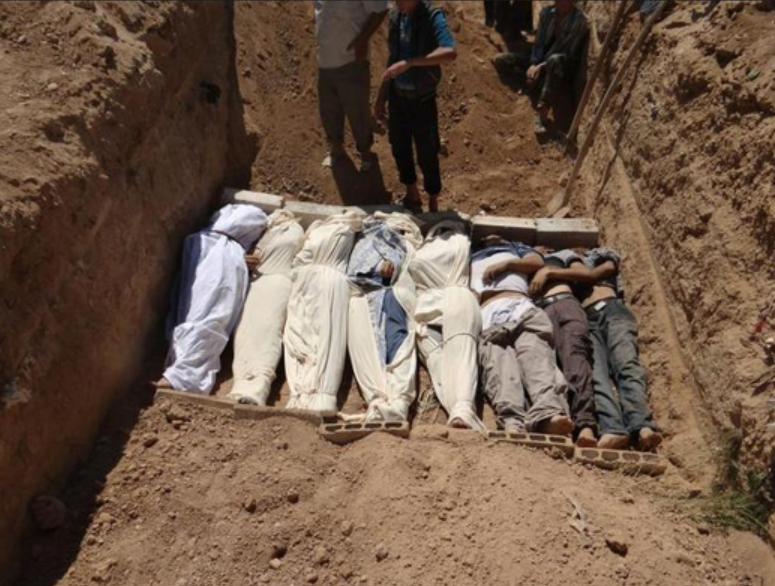 Former Duck guest blogger Betcy Jose has published an excellent Foreign Affairs Snapshot pointing out the irony of a robust norm enforcement operation in Syria to protect the chemical weapons taboo, while perversely ignoring, even permitting, the violation of a far more foundational norm: the norm of civilian immunity.

The whole piece is great but I especially liked the “puzzle” paragraph:

Today, civilian immunity arguably ranks among the most important norms that the global community wants to protect. And that is what makes discussions about Syria’s alleged use of chemical weapons so puzzling. Much of the debate about U.S. military strikes stressed the importance of preserving the taboo on chemical weapons, which were banned in part because of their indiscriminate nature: They are difficult to control and can harm civilians who are not the intended targets… In Syria’s case, it appears that the Syrian regime aimed to kill civilians with its alleged chemical attack on the suburbs of Damascus last month. Hardly anyone concludes that the civilian deaths were simply collateral damage in an operation meant to take out the rebels. Therefore, examining the civilian deaths through the lens of the norm against the use of chemical weapons is wrongheaded. Civilians died because Syria violated the taboo against deliberate attacks on civilians. Some have even suggested that the general lack of global condemnation following other intentional attacks on Syrian civilians might have paved the way for this most recent atrocity. If that is so, the international community should expend as much effort (if not more) protecting the civilian immunity norm as it is protecting the chemical weapons taboo. Doing so could serve double duty, preventing these kinds of targeted attacks on civilians, as well as the use of chemical weapons in such attacks.

Seemingly, the chemical weapons taboo is much more robust than the norm against killing civilians per se, given that it was so much more readily reinforced. Jose’s piece focuses on calling this out (quite rightly) as a moral inconsistency. But what explains this puzzle? How might we make sense of this in political terms, particularly if the chemical weapons taboo is based on the desire to avoid indiscriminate killing of civilians, as claimed by both the conventional scholarly wisdom and much mainstream political commentary.

I wonder if the answer is that the taboo is so strong not primarily due to the spectre of dead civilians, but rather the way that weapons of this particular type threaten international order and state sovereignty. If that were true, it would be less puzzling that it would provoke such a disproportionate reaction – although no less morally problematic.

First, aside from being indiscriminate, they are uncontrollable and as such they threaten not just civilians but also policymakers and their allies. States are historically far more terrified of weapons that can, once deployed, backfire on them or fall beyond sovereign control than with equally horrifying weapons whose deployment and effects more subject to the limitations states place on them.

Secondly, the chemical taboo arose partly through the association of chemical weapons with the earlier prohibitions on poisons – a weapon that fell into disrepute due to its “treacherous” nature: that is, its use by spies, assassins and “women” to subvert the powers that be. Like the anti-assassination norm, poison was treated not only as non-chivalrous but as uniquely threatening to the powerful and thus to international stability and order. Chemicals are (perhaps disproportionately) horrifying to powerful states and states-persons in general partly because they tap into the fear of the weak deploying invisible threats against which little defense is possible.

In short, the ban is for both reasons perhaps stronger because it satisfies what Ward Thomas calls a “power-maintenance function” in international society:

Norms are not only socially constructed but also geo-politically constructed. Weapons or practices that have the potential to close the gap between the strong and weak states in international society are more likely to be restricted than those that reinforce the relative advantage of strong states; and the more directly a norm reflects the interests of strong states, the stronger the norm will be.”

And as Vaughn Shannon points out, that norm strength will be evident not only in compliance rates but also in the reactions (or overreactions) of third parties to instances of norm violations.

By contrast, the civilian immunity norm – while admittedly foundational to the contemporary laws of war -is perhaps weaker in political practice because it is built primarily on moral principles – the responsibility of the strong to sacrifices on behalf of the weak.