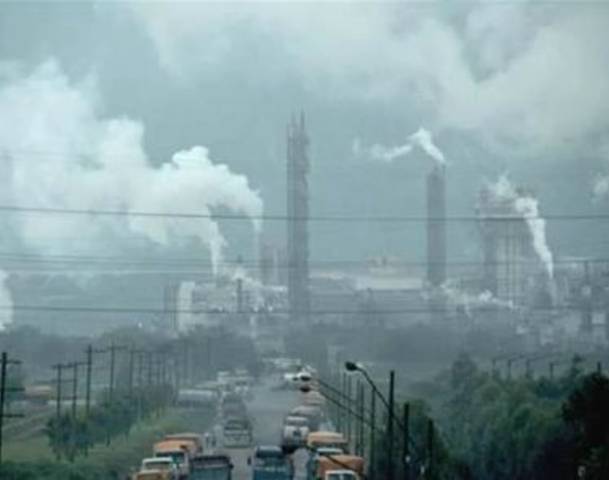 [Note: This is a guest post by Peter M. Haas of the University of Massachusetts at Amherst]

Transboundary and global environmental threats require collection action.  Concretely, this means developing forms of governance that apply common rules, norms and decision making procedures.  Ideally, such governance should be resilient in the sense that it is able to persist over time and respond quickly and accurately to new threats.

A recent collective project on international environmental governance (here and here) raises the questions of what configurations of actors can constructively promote better environmental management.

Unlike much work in this area, we do not focus on specific policies that may be beneficial.  Rather we focus on the underlying political coalitions that promote and favor certain policies.

We know that governance has 2 distinctive features, although these have not yet been systematically recognized or analyzed in the scholarly literature on international relations.

The first feature is the multitude of actors.  The last few decades have seen a large scale diffusion of non-state actors who participate in the international decision making process.  MNCs, IOs, scientific networks, and NGOs all compete for attention in international diplomacy, as well as seeking to influence states, as argued by Phil Cerny and Grande and Pauly eds.

The second feature is the range of distinct governance components. Governance is based on the collective performance of a number of specific components:  agenda setting and the framing of problems; negotiation and the development of international treaties and regimes; compliance with international obligations; implementation of international commitments on the ground; and the resilience of arrangements to persist and evolve over time.

We find that governance performance varies by the nature of the network responsible for the major activities.

Accurate and politically tractable agendas are best designed through the ongoing involvement of the scientific community, NGOs, media, and international organizations. For instance, in regional efforts to protect the Baltic Sea from pollution and regional efforts to control acid rain in Europe problem frames and negotiated treaties grew in scope to reflect a growing understanding of the range of problems which need to be addressed.  Flawed agendas are likely to result when only one actor group monopolizes the process, such as NGOs or MNCs.  NGOs are likely to be overly aggressive in identifying risks for collective action, whereas MNCs are likely to be too conservative.

More effective negotiated settlements resulted from the leadership of strong “pusher” states, often supported by “insider” NGO lobbying.  Strong leadership by international organizations – most notably UNEP – in conjunction with the scientific community often leads to more resilient and effective treaties, such as efforts to control stratospheric ozone.  Negotiations without state leadership or strong international organizations tend to lead to weak “least common denominator” outcomes that are ineffective at managing the problems.

Treaties and regimes enjoy broader compliance when independent scientific networks can provide impartial data about compliance, and when international institutions are able to supervise good verification and review mechanisms that include direct and close contacts between national enforcement agencies.  Capacity building assistance is often required for some poorer and smaller countries to comply with their international commitments. Self- reporting and the absence of independent verification have little impact on compliance.

Implementation on the ground is often impeded by lack of administrative and regulatory capacity in many developing countries.  Vigorous capacity building by IOs or developed states can help improve implementation.  Direct relationships between NGOs and MNCs may also improve implementation without directly involving the state:  either through partnerships and certificate schemes or through more traditional adversarial relationships where NGOs birddog MNC practices.

Information is the major glue which holds networks together.  Different participants value their participation in terms of what they are likely to learn from other members, and states defer to the networks because of their warranted reputations for superior and useful information.

The perceived legitimacy of the network is important for others to defer to it, and for members to continue to participate. While there are many notions of legitimacy from Ian Hurd, Bob Keohane, Steven Bernstein, and Fritz Scharpf, which focus on such measures as process, outputs, and outcomes, among other things, we found, while with only a few examples, that actors’ appreciation of  what constituted the legitimacy of their networks varied.  In nature conservation efforts actors valued information about verification which would enable each to better pursue its own conservation goals.  In private certification schemes, such as the Forestry Stewardship Council and the Marine Stewardship Council, legitimacy depended upon collective market based outcomes which would affect demand for member firms’ products or the direct environmental consequences of the schemes in the eyes of NGOs.

There may be governance tradeoffs from the pursuit of legitimacy.  In the Baltics, NGOs tempered their criticism of MNC behavior in order to maintain their access to information from within the regional issue network.

This work suggests some policy approaches for improving environmental governance through the selective design of non-state actor networks to perform discrete governance components.  Climate change governance could be improved through stronger voluntary technology based initiatives involving multiple state and non-state actors.  Sustainability governance – through the new UN High Level Political Forum can better perform its responsibilities, including contributing to the formulation of the new MDGs/SDGs through building a tighter network with the scientific community, private sector, and civil society.  The new UNESCO Scientific Advisory Board needs closer and stronger links to a multi-disciplinary array of sustainability experts, capable of conducting monitoring surveys of sustainability and refining key indicators of sustainability.

Ultimately, this work provides a plausibility probe into the value of analyzing networks of non-state actors as determinants of collective action and environmental integrity.  Our work provides interesting new findings which escape the traditional single-actor analysis of governance.  Rather than critiquing or celebrating the role of individual actors in global governance it finds best and worst practices from combinations of actors.

Do Cyborgs Dream of Electric Femme-Bots?