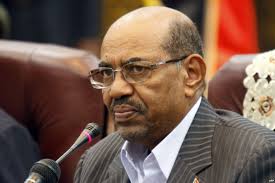 In 2009, the International Criminal Court issued an arrest warrant for Sudan’s Omar al-Bashir on charges of crimes against humanity and war crimes committed in Darfur and expanded those charges to include genocide in 2010.  Yet al-Bashir recently claimed immunity as a head of state and requested a visa from the United States to travel freely to New York to participate in the UN General Assembly and return safely to the comfort of his palace in Khartoum.  In a “Marbury v. Madison” moment for the ICC, the battle between immunity and the reach of international criminal law was in the hands of the US.  A strong position by the US that it could not guarantee al-Bashir would not be arrested forced him to cancel his trip; a move that significantly advances international justice and helps the ICC come of age.

In referring the initial case to the ICC, the UN Security Council urged all states to cooperate fully with the court; and in issuing the arrest warrant, the Court formally requested cooperation in obtaining al-Bashir’s arrest to all state parties and UN Security Council members.  Yet most states have simply ignored the warrant, treating him like any other foreign dignitary.  He has traveled to a number of neighboring countries in Africa, attended several regional summits, and made very visible trips to Egypt and China.

The key issue has been the concept of immunity in customary international law, which gives heads of state protection from criminal prosecutions or arrests in other states, and leaders have long enjoyed its benefits and feel it is vital to the peaceful continuation of diplomacy worldwide.  The International Court of Justice has gone as far as ruling that immunity is necessary for governments to be able to function effectively.

And al-Bashir’s most recent attempt to visit the UN was not a normal case of immunity.  The UN Charter, the Convention on the Privileges and Immunities of the United Nations, and the UN Headquarters Agreement all guarantee that representatives of states be allowed to attend UN meetings, and the US, as the host country, is obligated to not impose any impediments to travel.  In the past, the UN has taken a firm stand in favor of the immunity that protects its delegations: disallowing attempts to block the attendance of representatives from Israel and South Africa, and moving a 1988 meeting to Geneva in response to the US denying a visa for Yassar Arafat.

Immunity, however, has been slowly eroding for serious international crimes, evidenced most dramatically by the charges brought against Charles Taylor by the Special Court for Sierra Leone while he was still president of Liberia.  And the ICC has made it clear that it does not view immunity as a defense in its cases, ruling firmly that it does not apply to international crimes, and arguing that one of the “core goals” of the Court is to end immunity.

The lack of state cooperation on al-Bashir has caused the Court to become more assertive.  In July, it demanded that Nigeria arrest al-Bashir and surrender him to the court, forcing him to leave an African Union summit early.  In response to this recent attempt to attend the UN, the Court’s judges took the dramatic step of releasing a statement requesting the US government arrest al-Bashir if he enters US territory.

The US is not a party to the Rome Statue, and thus not required to honor the ICC arrest warrant.  Moreover, the immunity protections deeply embedded in how the UN operates legally allow heads of state to attend, likely resulting in significant diplomatic ramifications if the US were to block or arrest al-Bashir.  Yet the UN Security Council played a prominent role in referring the al-Bashir case to the ICC, and the Obama administration has worked openly to strengthen the US’s relationship with the Court, even using it during the crisis in Libya in 2011.

The US and the ICC thus found themselves at a critical juncture, and the US responded by pressuring al-Bashir to stay home.  The move serves to strengthen the diplomatic isolation that an ICC arrest warrant brings, weakens the international concept of immunity in cases of gross human rights violations, and strengthens the power of the ICC.  The end result is a dramatic step forward for international justice.

Gender and Inclusion in the Profession