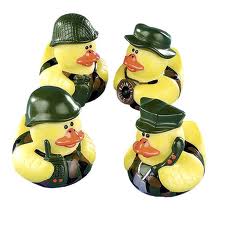 The U.S. had two dramatic efforts to capture high priority terrorist targets, one in Libya and another in Somalia. The snatch and grab operation in Libya was a seeming success (though I’m wondering if last night’s kidnapping of the Libyan Prime Minister was retaliation).  The Somalia mission, coming one day after the 20th anniversary of the Black Hawk Down episode, was aborted when the team recognized that there was no way they could take their target alive, given heavy resistance and potential civilian casualties.

The question that emerges from all this is: what the hell is the United States doing? Ok, maybe I phrased this badly, but I’m wondering if our strategy of drone and/or grab is a winning strategy in the long-run? If a fractured Somali or Libyan state is the heart of these countries’ problems, do our efforts hinder or help national reconciliation? From what I’m reading about Somalia, I worry that the United States once again has a military solution for a problem that ultimately requires considerable finesse and diplomacy. This week’s links speak to the errors and issues with the Somalia mission and what it all means…

If you followed the news reports of the story on Twitter, it sounds like the U.S. military was prepared to declare the mission a success but quickly had to backtrack as the news of its failure trickled in.

US raid in #Somalia followed new #CT guidelines by backing off: https://t.co/ccip4pyI6N

Ikrima, thought to be in his late 20s, is wanted by both the Kenyan government and its Western allies and was a close associate of one of al Qaeda’s most important operatives in East Africa. A recent Kenyan intelligence report that was leaked just after the Westgate mall attack in Nairobi outlined several plots in which he was allegedly involved. All of them involved targets in Kenya, and all the attacks would have involved Kenyan citizens trained by Al-Shabaab.

Mr. Ikrimah is an associate of two Al Qaeda operatives who were involved in the 1998 bombing of the American Embassy in Nairobi and in the 2002 attacks on a hotel and an airline in Mombasa.

There are scores of major, multi-year counterterrorism operations going on around the world, just as there committed terrorists plotting to conduct international attacks. However, few terrorism or counterterrorism activities ever come to light, and even when those activities do, they usually lack the specificity or comprehensiveness to assess their overall impact. Given this reality of such uncertainty, when thinking about the phenomenon of terrorism, we should be conscious about how little we really know, and refrain from over-interpreting those few public events that appear in the news.

Too heavily influenced by the national security interests of Somalia’s neighbors and too focused on backing a centralized government that lacks popular support, the strategy has created opportunities for al-Shabab recruitment and has stifled meaningful, inclusive dialogue about Somalia’s political future….

It is thus abundantly clear that U.S. counterterrorism strategy in the Horn of Africa has been too heavily influenced by the interests of Ethiopia and Kenya, with outcomes ranging from bad to terrible. As the U.N. Security Council correctly recognized when it initially supported AMISOM in February 2007, the solution to Somalia’s conflicts lies not in killing particular individuals or backing one faction over others, but in pursuing an inclusive process of dialogue.

As long as the Somali Federal Government’s (SFG)  aims are defined as defeating al-Shabab on the battlefield and building a government on the model favoured by Somalia’s foreign sponsors, it has no chance of success. Hassan’s Western backers have not yet squared the circle of pouring money and guns into a client government to fight a counterinsurgency, and preventing that government from becoming rentierist, militaristic and corrupt.

In the end, Bruton and Williams suggest that a militarized solution reliant on proxy forces should give way to support for peace conferences and humanitarian relief. That sounds like a more plausible long-run strategy than what we’ve got, but I have two concerns.

First, in the short run, do we need to worry about radicalized Somali Americans who might want to take the fight back to the United States (Thomas Hegghammer’s findings notwithstanding)? Second, will an American-supported project of state-building succeed? It seems like we can see the answer, but we don’t know the first the thing about how to do it.

If we reject the Green Lantern Theory of state-building and recognize that power is at least as important as will, it’s tempting to think that outsiders can goose the process with an infusion of armed forces, or at least the money and training an internationally recognized government needs to build up its own….In fact, politics isn’t nearly as mechanical and modular as this idea implies….And this is the Great Frustration of applied social science: prescription doesn’t always follow from explanation. Even if we can understand pretty well why state-building is so hard, we still can’t figure out how to control it.

POSTSCRIPT: SHOULD THE UNITED STATES EVER CAPTURE OR KILL TERRORISTS?

A post-script to the post. Bobby Chesney has written extensively about whether or not such actions are legal, but leaving aside that issue for the moment, I think the United States needs to establish the conditions under which such targeting and/or capturing of terrorists is wise. Not all targets are of such high value like a Bin Laden that they would warrant capture or kill. Indeed, the U.S. has to weigh the costs of either strategy against the potential blowback on weak state leaders perceived to have abdicated or unable to protect their sovereignty. That goes to the question of timing. Obviously, minimizing civilian casualties has to be a high priority, both from a moral and a strategic perspective.

Another consideration surely has to be how much of a threat to the United States do these actors pose, based both on past behavior and their current operational activity. In this case, the Libyan who was captured, Abu Anas al-Liby, is perhaps highly desired but, it is less clear he continued to pose an imminent or active threat. From The Guardian:

US officials confirmed that forces operating in Libya had managed to capture Abu Anas al-Liby, accused of orchestrating the 1998 bombings of the United States embassies in Kenya and Tanzania. His apprehension ended a 15-year manhunt….

From the Christian Science Monitor:

However, his son Abdullah Nazih al-Ruqai insists that his father is innocent of the bombings and says that while his father was a jihadist who fought alongside the mujahadeen against the Soviets in Afghanistan, his father was not close to Osama bin Laden and has never been involved in any terrorist bombings. Mr. Ruqai also insists his father is terminally ill and that a doctor told his father he had only days to live before the capture.

As a Washington Post story on those guidelines makes plane, the counterterrorism guidelines seem to be in sync with those concerns, but I still wonder if too much of our strategy has emphasized the kinetic side of action over the long-run political reconciliation that will be necessary in these countries.

The administration’s counterterrorism guidelines restrict targets of lethal action to those who pose a specific, “continuing and imminent threat” to the U.S. homeland or to Americans.

The administration’s counterterrorism guidelines restrict targets of lethal action to those who pose a specific, “continuing and imminent threat” to the U.S. homeland or to Americans. Until recently, few al-Shabab members were considered to fit that definition. And administration officials made clear that the attack on Nairobi’s Westgate mall, although it is frequented by Americans in Kenya, did not fit those criteria.

While the senior official declined to discuss intelligence indicating that Ikrima is involved in specific plots against Americans, “you make a judgment based on the intent, the capability and the active plotting. . . . Some of it is a threat picture, some of it is a specific plot,” the official said. “With a guy like this, it is a mix of all those things.”

Why Didn’t the US “Re-interpret” the UN Charter on Syria?