The Birth of a Sports Rivalry 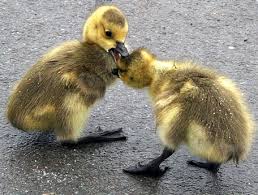 How do we communicate ideas to our audience?  What steps can we take to introduce advanced concepts to our students or the general public? Scholars work for decades on the content of their arguments but spend very little time thinking about how to translate their ideas for specific consumers of information.

In Phil Arena’s review of Braumoeller’s new excellent book, he makes a baseball reference, later noting that he does not even like sports.  This is a typical tactic in Political Science, if not all of academia.  We often make sports metaphors and analogies in order to push our point across.  No matter if you have never played an inning of ball in your life, most American academics are apt to make at least one baseball reference in class.  Most British academics are apt to make at least one reference to football, even if they hate the sport.

What we often don’t think about is how sports can be used to communicate lessons to our students.  It may seem silly, but often the best, simplest, most direct way to make a quick point is to use a sports reference.   It is reality easy and accessible to make comparisons with sports cases in order to facilitate discussion.  David Dreyer has an excellent new article at the Journal of Political Science Education elaborating on that very point using the concept of rivalry.

Rivalry has become a very important aspect of international relations but the factor has only received proper attention in the last twenty years.  Historical animosity has always been that omitted variable that many thought was missing through the years.  Thinking back now, it is almost criminal the entire field rarely thought to include the history of relations and the relationship context in our models of international interactions.

Dreyer’s article is interesting because he really explores the connections between rivalries in international relations and the sporting world.  He notes, “Discussing international relations concepts in alternative contexts can facilitate learning by enabling students to draw analogies between something with which they are familiar and something that is foreign.”  Through the lens of sports rivalries, he explores the concepts of rivalry parity, violence and hatred, issue competition, and psychological hostility.  Psychological hostility is important in rivalry since some rivals will be willing to suffer harm as long as their enemy suffers more.  The willingness to punish while also suffering demonstrates a key aspect of rivalry, both in the sporting sense and the IR context.

This discussion and method can help us think a bit more clearly about the birth of rivalries.  Few have really attempted to dive into this contentious topic.  We know very little about how rivalries are born in the first place.  Might it not be useful to look at sports for clues?  The sports comedy website Deadspin recently noted brewing tensions between Costa Rica and the U.S., “Because Costa Rica is the other best team in CONCACAF these days, we have no choice other than to wage a ferocious rivalry with them, and decry everything they and their fans stand for. It will end with spilled blood and pillaged isthmi, or at least, god willing, a rematch in Brazil.”

The implication here is that because Mexico has fallen so far (Costa Rica beat them the other night), the U.S. is now in a rivalry with Costa Rica, the rising power of CONCACAF football.  Power balances and contexts is an issue Dreyer (and others like Vasquez, Wayman) explore.  What is often unexplored is the specific issues that set off the rivalries in the first place.  While the article on Deadspin is written as a joke, some people took the events in Costa Rica during a qualifying match very seriously.

Ever more critically, the Deadspin article ignores the steps the US took to make Costa Rica uncomfortable during their match in the US earlier in the year.  We have to ask, what makes a brewing antagonistic relationship a rivalry?  Power equality, the development of new issues at stake, or shifts in the information landscape that produce contentious relationships all could be mechanisms for rivalry.  These questions have relatively been left unexplored and sports can be useful starting point.

Future research should investigate the similarities and differences between sports rivalries and international rivalries.  Could it be that sports rivalries are beneficial while political rivalries are deadly?  There has always been a thread through IR scholarship and history that competition makes us better.  Without great enemies, the great powers would not exist.  I am not so sure and hope to explore this question further.  It could also be that the security of a unit without a rival allows it to thrive.  A good place to start thinking about the process is through sports.  Exploring sports rivalries can help us understand the concept of rivalry a bit better, explain this concept to our students, and think through the outcomes of rivalry beyond war.  Often we dismiss sports (and popular culture for that matter) as trivial, but one of the best methods to reach our students or to push the bounds of our research might be to seek out alternative contexts to explain our concepts and models.

The Politics of “Fitting” Feminist Theory in IR