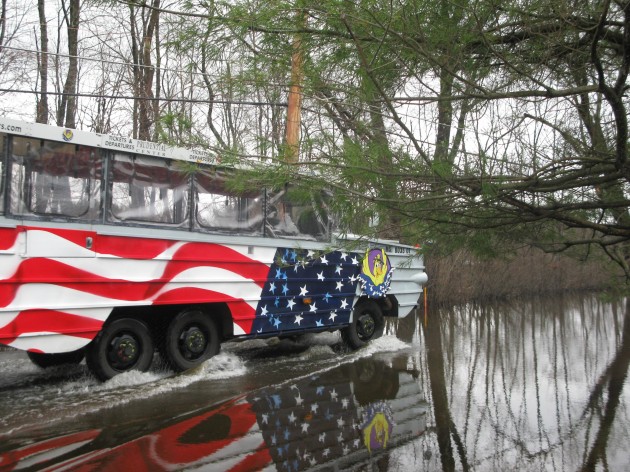 We continue to degrade the U.S. brand, weakening America’s ability to serve as a force for attraction around the world. Why would anyone want to emulate this particular crappy model of democracy? In terms of security, 70% of our intelligence community at the NSA and CIA have been furloughed (James Clapper and the WaPo raised the specter of a possible increased threat from terrorism and depending on your view of how active plotters are against America and its interests, you might find this logic persuasive). In terms of doing the nation’s international business, staff at U.S. government agencies and federally funded institutions of higher education are furloughed. They are not able to do the nation’s business and serve U.S. interests.

People with contracts to advise the USG on international policy are in limbo about whether and when those contracts will be honored. Some faculty who had support to attend international conferences have had to cancel those trips. Beyond the furloughs affecting some academic institutions, research proposals to the NSF (such as they were) are suspended. I had been asked to review a proposal and got this reply to my email:

Due to the lapse in government funding, National Science Foundation websites and business applications, including NSF.gov, FastLane, and Research.gov will be unavailable until further notice. We sincerely regret this inconvenience.

America is wounded. Many of the wounds are self-inflicted. That befits a global power without equal. No one could damage us as much as we could damage ourselves. And many of the wounds are, for now at least, superficial. But there is blood in the water…. The watching world doesn’t see the details. They see the nightly news snippets and the tweets. How can they think anything but that this is a political system in extremis, a country likely in decline?

There is this sense that the shutdown is a symptom of a larger national decline. Talking to people you get the sense that the U.S. is no longer considered the most serious country in the world, that an extreme right wing group is running things, and that this is what you get in a capitalist system. Right or wrong, that’s the perception

But because Americans, even irrational Americans, no longer use violence to achieve their goals, and because this process is still — just barely — taking place within the boundaries of those institutions and because the protagonists still observe the language — if not always the spirit — of the law, the result is peaceful. That is indeed impressive. But it is a narrow achievement.

Americans are paying a high price for this week’s events. The cost of shutting down the federal government, for a few days or even a few weeks, pales in comparison to the damage done to the credibility of the United States abroad — and the credibility of democracy itself.

The government has shut down, but the country is not in disorder — now that’s what you call a good country where people can live without worry.

October 1, 2013: the Chinese government celebrates its 64th birthday with fireworks and a US government #shutdown.

By forcing President Obama to cancel a visit next week to Malaysia and the Philippines, the impasse with House Republicans is spoiling Mr. Obama’s show of support for two Southeast Asian countries that have long labored under the shadow of China. And it is undermining his broader effort to put Asia at the heart of American foreign policy.

it is worth noting that the uniquely diffuse character of American political parties—which, ironically, exasperates many American political scientists and leads them to call for responsible, ideologically disciplined parties—has something to do with it. What Terrorist Attacks Don’t Tell Us