Why Didn’t the US “Re-interpret” the UN Charter on Syria?

[Note: This is a guest post by Ardeshir Pezeshk, PhD candidate at University of Massachusetts-Amherst, in collaboration with Charli Carpenter.] 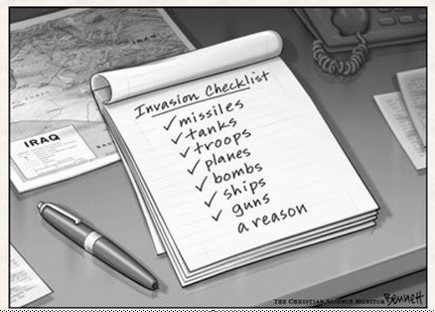 For a brief moment a few weeks back, law and policy elites in the US gave serious consideration to whether there was a legal basis for a military strike in Syria, either under the auspices of civilian protection or norm protection. White House rhetoric quickly shifted away from humanitarian intervention and toward “norm enforcement” and with it the policy debate shifted from whether or not military strikes were the best tool toward that end (for now, the answer is ‘not until diplomatic options have been exhausted.’)

In either case, the conventional wisdom among diplomats, law specialists and political scientists (including at the Duck) seems to have settled on the argument that a military strike, however justifiable at whatever point for whichever reason, would have definitely been and would in the future be illegal under the UN Charter unless the authorized by the Security Council. When Kerry talks about that option remaining on the table, people understand that he is essentially saying the US is willing to go against the UN Charter, if needed, to enforce its perceived security interests and wider normative obligation – just as NATO bent UN Charter rules to avert a genocide in Kosovo in 1999.

After more thought however, we wonder if US acceptance of this narrative on the essential illegality (though potential legitimacy) of unilateral intervention in Syria isn’t an interesting puzzle for two reasons. First, in the Syrian case, there may in fact be a scenario in which the letter of the UN Charter could conceivably be invoked in support of military force without Security Council authorization – namely the doctrine of collective self-defense. Second, while this argument is probably a legal stretch, the US has never shied away from at least attempting precisely such legal stretching to justify bending not only the UN Charter but also breaking even more iron-clad rules such as the norms against torture and extrajudicial execution. We think the fact they are not moving to do so in this case indicates something interesting both about the configuration of international norms today and the nature of their regulative effects over even the most powerful states.

Let’s start with the letter of the law: what might be a plausible argument that a strike by the US on Syria to either protect civilians or enforce the norm against the use of chemical weapons is within the bounds of the UN Charter even without Security Council authorization? The Charter allows such an act only under one circumstance: self-defense. Since Syria has not directly attacked the US, it has been assumed that the US could not invoke Article 51 to justify a strike. However, Article 51 of the Charter goes farther to emphasize that self-defense has an individual and collective component, with members of regional security regimes permitted to act in the defense of others under Article 51 as well. And it seems designed to work in precisely situations where the Security Council is deadlocked. The exact language of Article 51 reads:

Nothing in the present Charter shall impair the inherent right of individual or collective self-defence if an armed attack occurs against a Member of the United Nations, until the Security Council has taken measures necessary to maintain international peace and security.

According to Josef L. Kunz, writing in an American Journal of International Law Editorial Note shortly after the establishment of the United Nations, the Article 51 language on collective defense was included at the behest of Latin American states who did not want Security Council vetoes to impinge on their right under the OAS Charter to view attacks against one another as attacks on themselves and respond accordingly. His note cites UN documents that read:

So the question is, if the US does not have a valid self-defense argument itself, does one of its allies in the region have one that the US could claim to be helping defend? The answer is yes: numerous states in the region are under strain from refugee flows, and at least one of these (Turkey) has a collective security agreement with the US in the form of its NATO membership arguably giving the US legal wiggle room to defend Turkey from the spillover effects of Syria’s civil war. The right of collective self-defense in the NATO Charter is found in Article 5:

“The Parties agree that an armed attack against one or more of them in Europe or North America shall be considered an attack against them all and consequently they agree that, if such an armed attack occurs, each of them, in exercise of the right of individual or collective self-defense recognized by Article 51 of the Charter of the United Nations, will assist the Party or Parties so attacked by taking forthwith, individually and in concert with other Parties, such action as it deems necessary, including the use of armed force.”

While a unanimous NATO vote is required for NATO to collectively invoke Article 5 as an organization, the language of this article also seems to leave open an avenue for “each” NATO member to individually provide assistance in accordance with the doctrine of collective self-defense.

Can the destabilizing effects of refugee flows really be considered an “armed attack”? History suggests the answer is yes. States experiencing significant refugee flows can make and have made claims of self-defense to justify military intervention to end bloody civil wars – and this claim has been accepted by the Security Council. For example, after failing to justify its intervention into East Pakistan in 1971 on humanitarian grounds, India argued that it was subject to “refugee aggression” and thus intervened on the basis of protecting its national security. While Turkey is not the only country experiencing massive refugee flows (see Iraq, Jordan, Lebanon, and Egypt), over 490,000 Syrian refugees have crossed its border. According to Jon Western among others, the influx of refugees have caused real security concerns. Add to that that the official number of refugees is likely to be a conservative estimate, the refugee crisis is all the more severe. A self-defense claim in Turkey’s case would be at least as plausible as that of India in East Pakistan. Moreover, Turkish citizens have literally suffered “armed attacks” from across the border since at least 2012, bolstering the self-defense argument, which has historically been accepted in severe humanitarian crises when a neighboring state experiences border incursions in the context of a civil war. For example, Martha Finnemore documents, Tanzania invaded Uganda to overthrow Idi Amin under such cover.

But can the US really claim to be defending Turkey if Turkey itself is not able or willing to defend itself? Wouldn’t the notion of “collective self-defense” only be triggered in cases where the state supposedly being defended had directly asked for help? It is true that Article 5 of the NATO Charter has only been invoked once (after 9/11) and then collectively rather than at the request of any particular state; but it is not clear that this single data point necessarily constitutes an exemplary case. And while there is no precedent, at least a modern one, for a third party state (e.g. the United States) claiming an act of aggression has occurred on another state (e.g. Turkey) and engaging unilaterally on its behalf, the US could point to statements by Turkish officials in favor of strikes as implicit acknowledgments of their security situation and need for assistance. Not only has Turkey openly acknowledged the “open and near threat” the Syrian civil war poses, but it has also defended its territorial integrity, shooting down a Syrian military helicopter and even honoring the service members responsible.

At any rate, however fuzzy these claims, the US has hardly shied away from such rhetorical stretching in the past to claim its behaviors are consistent with existing legal rule-sets. Previous US administrations claimed that an armed attack against Iraq was within the bounds of the UN Charter; that waterboarding detainees was consistent with the Convention Against Torture; that indefinite detention of al-Qaeda suspects was consistent with the Geneva Conventions. The current administration continues to argue that killing suspected militants through drone attacks do not violate the rule against extrajudicial killings found in the International Covenant on Civil and Political Rights. These are all examples of “justifications” – a particular kind of account in cases of perceived norm-violation whereby the violating state argues its behavior is actually within the limits of the norm within a given context. This is a very different strategy than admitting to breaking a rule and giving some valid excuse, as with the Kosovo air war. (On “excuses” versus “justifications” as actor accounts of perceived norm violations, see Vaughn Shannon.)

The puzzle here is why the US is content to debate whether it has an excuse for violating the UN Charter, rather than develop a justification for a strike within the context of the UN Charter using the legal wiggle room available to it? It is possible that policymakers simply have not considered this option, choosing instead to focus on R2P and the chemical weapons treaty. Perhaps a more limited notion of what “collective “self-defense” means has become internalized since the 1940s. Another possibility is that the idea was considered and rejected due to the perceived risk of pushback by US allies. Indeed it would be reasonable to expect NATO members and Turkey in particular to take issue with such an interpretation because, in a very real way, it violates their sovereignty. Is a state a ‘state’ if it does not have the sole authority to judge what counts as an armed attack or act of aggression waged against it? Perhaps the US expects that the social costs of acting ‘legally’ are likely to be substantially higher than those the United States would incur should it have chosen to act in a ‘justified’ but illegal manner.

What would this tell us? Two things, one about international norms and the other about great powers’ sensitivity to them.

First, the territorial integrity norm in the UN Charter was probably strengthened, not weakened, by US reinterpretations of it in the early 21st century and the subsequent backlash, suggesting even great powers lack the ability to, through their justified noncompliance, alter the basic inter-subjective understandings under-pinning global regimes. It also reminds us that regimes are not necessarily discrete; the territorial integrity norm was not only strengthened by past interpretations but also through an indirect process where rules and norms against unilateral action within the NATO regime raised the costs of violation.

Second, it suggests the US is subject to a stronger logic of consequences when it comes to stretching or reinterpreting the UN Charter regime (in the eyes of its NATO allies) than it is for actually violating it on ethical grounds (in the eyes of its farther Eastern frenemies, Russia and China). If so, we think this raises interesting questions about the power of collective security norms.