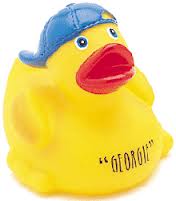 Given the intricacies of our job and the cushy lifestyle most academics live in, it disconcerting when academics use improper and incorrect analogies to describe the intricacies of their job. The latest is the idea that drug cartels and academia are similar enterprises. While I understand the spirit of the idea, the basic assumptions are insensitive and damaging. They represent the the pondering of a privileged academic stuck in the ivory tower.

Working for a drug cartel, being involved in a gang, or participating in organized crime is not a glamorous lifestyle. This should be an obvious point. This fact sometimes gets lost through the glorification of movies such as Scarface and the Godfather, or even Breaking Bad. People forget the bad guy got it in the end. To suggest that there are similarities between this lifestyle and academia trivializes the stakes of those involved in those enterprises. The constant threat of death, beatings, and jail clouds over all actions. There are real dangers to being involved in a criminal lifestyle.

To compare this to the lifestyle of an academic, where often the worst threat to happiness is enforced readings or committee service suggests that some think what we do is not a privileged lifestyle. While most do not make it to the vaulted top tier, a lifestyle teaching at what some call directional schools or a community college is nothing to sniff at. While the work can be tough, its nothing like peddling drugs or breaking sheet rock. The ego in such a comparison is astounding. Sure, graduate school is tough but to compare it to starting out as a low level drug dealer is disgusting.

Sometimes academia does not work out. When this happens, the worst case is to take a job in public or private industry, at an excellent salary – given that those put in this position often start with a Masters degree. Some even find the benefits of public or private industry superior than academia. To suggest that the process by which we get a PhD (5-10 years of study) is a “hard knock life” signals to me we need to institute summer work programs in PhD programs so that students learn what real work can be like.

This drug cartel=academia analogy also trivializes a more disconcerting part of the criminal lifestyle. Often its not a choice. The lack of education, options, and support sometimes make this career path destined for some.

The bigger lesson to be learned here is about the accuracy of analogies. To make an analogy, it has to be credible, logical, and plausible. That academia is like working for a drug cartel fulfills none of these requirements. Its a cute joke to some, but also cruel. When making analogies in class, in blogs, and in the public, we must think about the purpose and intent of our examples. Failing to do this suggests a wider failure in the teacher, not the system.

Since its Thanksgiving time, be thankful for your academic lifestyle. Be thankful the worst thing you may often have to do is read something, teach something, or engage an idea you do not like. Celebrate the life of the mind. If you want to work for a drug cartel, I am sure there are openings. I hear they are good at social media now and might need a few bloggers.