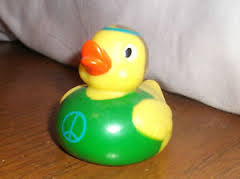 This was a momentous week with the announcement of an interim deal on Iran’s nuclear program. There were some critics to be sure of this effort, but I for one am hopeful that the six month effort to halt or at least pause some aspects of Iran’s nuclear program will eventually lead to a permanent reduction of tensions between Iran and the West.

It’s obviously too soon to say but as we give thanks this holiday season for our families and friends, we can only hope that the diplomatic overtures will ultimately bear fruit. With the past decade plus having yielded relentless military campaigns (some of them necessary but wars without seeming end nonetheless), we can only wish for pragmatic leaders to seize moments of opportunity to avoid yet another war. I know some people don’t see it that way, so here’s a set of links describing the deal, providing some links and commentary from critics, and some links to defenders of the agreement.

Iran, which has long resisted international monitoring efforts and built clandestine nuclear facilities, agreed to stop enriching uranium beyond 5 percent, a level that would be sufficient for energy production but that would require further enrichment for bomb-making.

To make good on that pledge, Iran will dismantle links between networks of centrifuges.

Its stockpile of uranium enriched to 20 percent, a short hop from weapons-grade fuel, would be diluted or converted into oxide so that it could not be readily used for military purposes.

The agreement, however, does not require Iran to stop enriching uranium to a low level of 3.5 percent, or to dismantle any of its existing centrifuges.

The Iran deal and our allies: You can’t spell abandonment without OBAMA.

Amazing what WH will do to distract attention from O-care

Krauthammer on Iran: “It’s the worst deal since Munich.” https://t.co/piCbcKlsvR

What was achieved last night in Geneva is not an historic agreement; it is an historic mistake

The West has surrendered its most effective diplomatic tool in exchange for baseless promises of goodwill. I pray its gamble pays off, for if it does not there will be only one tool left to prevent Iran from getting a nuclear weapon. The Geneva agreement has made the world a more dangerous place. It did not have to be this way.

I have always seen Obama as the antidote to Bush. This weekend, he fully inhabited the role: https://t.co/mCRPaWCAuw

The interim arrangement, as we have said, is worthy because it checks Iran’s progress toward a bomb and is far preferable to the military action that otherwise might have been necessary.

The definition of a good agreement is one that each side can sell to its public, and that’s the case here….

The deal reached last weekend is fragile. It can be reversed; it can be finagled at the edges; it can mask secret activities. In most agreements, the rubric is “trust but verify.” In this case, make it mistrust and verify.

But it’s a beginning of a process that could make the world less dangerous. Obama, the covert commander in chief, showed once again that he acts most effectively out of sight.

THE interim deal concluded on November 24th between six world powers and Iran is much better than its many critics allow.

David Albright, a former weapons inspector and founder of the Institute for Science and International Security, a think-tank in Washington, DC, says a final deal will have to require Iran to abandon the Arak reactor—perhaps replacing it with one of a different design that has safeguards built in—and close its Fordow enrichment site, which is buried deep beneath a mountain and thus very hard to bomb. Iran would also have to adhere to the Additional Protocol of the NPT, giving IAEA inspectors enhanced rights of access to ensure that it is not cheating.