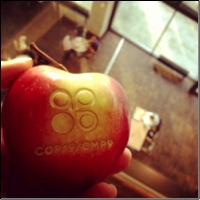 Equity in Global Climate Governance: An Update From Warsaw

Following on my round of links on Thursday, this is a guest post from Jennifer Hadden from the University of Maryland who is in Warsaw at the global climate negotiations (follow her on Twitter here).

Yeb Saño, Climate Change Commissioner of the Philippines, opened the annual negotiations of the UN Framework Convention on Climate Change last week by making an emotional appeal to delegates to “stop the madness” and act decisively on climate change. As of Thursday evening, there have been two three walkouts by the G77/China on the issue of ‘loss and damage’ and a substantial and broad-based civil society walkout over the general lack of progress in the talks.

Skeptical observers might wonder if this is not just the usual COP drama. Are these meetings becoming nothing more than a symbolic opportunity for developing countries to air their grievances while developed countries listen politely (or in the Australian case, impolitely)? Don’t NGOs always behave theatrically in order to draw attention to themselves? Does anything even really happen at these meetings anymore?

These questions are not unreasonable. Although participation in these walkouts has been unusually broad, even delegates to the negotiations are divided on what can be reasonably achieved.  Many assume that the talks are failing unless they produce a new legally binding treaty on global climate change.  Others disagree. For example, US Special Envoy Todd Stern advanced a view in October of this year that these talks are fundamentally about norm building:

We need to focus much more on the real power of creating norms and expectations as distinguished from rigid rules. There is certainly a role for rules, standards and obligations in this agreement. But an agreement that is animated by the progressive development of norms and expectations rather than by the hard edge of law, compliance and penalty has a much better chance of working, being effective and building inclusive, real world ambition.

This approach is often criticized as insufficient and insincere (see speeches from the opening of high-level segment of the talks this year).  And it contrasts sharply with the demands of negotiating groups like the EU and many NGOs for stronger institutions and more compliance.

If one possible outcome of these talks is norm building, is it possible to say that we observing progress on this front?  Are parties moving in the direction of collective expectations for climate governance here in Warsaw?  Not so far.  Any discussion of climate politics must inevitably contend with issues of fairness and differentiation of expectations.  But equity is a particularly salient issue for COP 19 because negotiators are discussing a new agreement to “apply to all Parties” (as opposed to the ‘two-track’ system of the Kyoto Protocol).  This puts developing countries on guard and explains why there has been open confrontation in many areas.

We have seen states advancing different interpretations of equity on each of the major topics under discussion here in Warsaw:

Reasonable people can debate the proper conceptualization of equity, its operationalization, and the measurement of its components (base years, anyone?).  Other regimes have dealt with similar issues by incorporating multiple concepts into a single equity index or by relying on sequencing of obligations. However, the perception that there has been widespread ‘instrumental’ use of equity principles by Parties in Warsaw is sapping a lot of goodwill from the talks.  There is consensus on some elements, but many observers still fear that the much-anticipated 2015 meeting in Paris will have come and gone before these bigger disputes are resolved.

Suffice it to say that sincere norm building on climate change will be tough work.   It might even be the toughest work that the UNFCCC has to accomplish.  Some NGOs have expressed concern that this work on equity is so hard that it may distract from debate about adequacy of mitigation pledges and the growing “emissions gap.”  Others contend that all the norm building in the world is ultimately irrelevant if it doesn’t lead to effective domestic internalization (see Australia, Canada, Japan) and the creation of strong institutions.  The big rule of the COPs is that ‘it’s never over until it’s over.’  But even if we accept that norm building could be a path to effective climate governance, a strong climate norm  — one that is both broad enough to achieve consensus and deep enough to provide useful benchmarks for ‘proper behavior’ towards climate protection — seems far away right now in Warsaw.