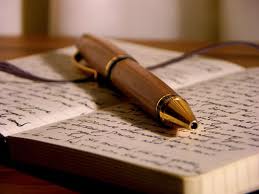 [Note:  This is a guest post from Mira Sucharov and Brent E. Sasley.  Mira Sucharov is Associate Professor of Political Science at Carleton University in Ottawa, Canada. She blogs at Haaretz.com and at Open Zion. Follow her on Twitter.  Brent Sasley is Associate Professor in the Department of Political Science at the University of Texas at Arlington. He blogs at Mideast Matrix. Follow him on Twitter.]

Changes to our technology and to our scholarly norms present new challenges to scholars who engage in the public sphere. More and more academics in Political Science, and especially International Relations, are blogging, tweeting, and writing for online magazines like Foreign Policy, Foreign Affairs, and The National Interest, while many with specialization in a specific region or issue-area contribute to region- or issue-specific media.

There is a small but expanding literature on how these changes do and should affect the scholarly enterprise. Often hidden beneath such discussions is how all this affects the scholar herself. There is an inherent assumption that scholars are just that—dispassionate analysts who can look at a set of evidence and draw objective conclusions from it.

Putting aside the fact that this was never true (for example, attachment to specific theoretical and methodological approaches is a hallmark of IR scholarship), such an assumption cannot hold in the world of social media into which many academics are increasingly drawn. Even if complete objectivity were possible, it would be impossible for scholars to maintain such a façade in the public sphere as it operates today. The immediacy and egalitarianism inherent in blogging and tweeting, for example, diminishes the authority that academics normally carry; anyone can call out a scholar for his work regardless of that person’s own qualifications. In addition, operating in social media lends itself to more immediate policy recommendations while often revealing the writer’s own subjectivity in unexpected ways.

Instead of being afraid of such changes, we suggest in the forthcoming January 2014 issue of PS that scholars embrace them. Drawing on our research and blogging on Israel, the Israeli-Palestinian conflict, and Jewish communal politics, we make three claims about the role of scholar-bloggers in the social media age. First, as scholar-bloggers with some degree of ethno-national attachments related to our area of expertise, we contend that we are well positioned to issue the kinds of political and policy critiques that may resonate more deeply due to the very subjectivity that some perceive as a liability. Second, through the melding of scholarly arguments with popular writing forms, scholar-bloggers are uniquely poised to be at the forefront of public engagement and political literacy both with social media publics and with students. Third, the subjectivity hazard is an intrinsic part of any type of research and writing, whether that writing is aimed at a scholarly audience or any other, and should not be used as an argument against academic involvement in social media. Ultimately, subjectivities of both consumers and producers can evolve through these highly interactive media.

Addressing these questions requires scholars to be more aware of the impact of their work, particularly across different audiences. All academics, we believe, speak to three specific audiences in their public work: one’s own scholarly community; our students; and our identity communities (in our case, the Canadian and American Jewish and Zionist communities). In the piece we discuss our identity as liberal Zionists committed to the maintenance of Israel as a Jewish and democratic state, which also entails an end to the occupation and a righting of whatever discrimination exists within Israel against non-Jewish citizens.

We recognize these are fraught admissions. Both of us have faced varying degrees of menace and threat because of our public writings. But the medium is not retreating, and as the Monkey Cage’s move to the Washington Post demonstrates, the demand for scholarly activity in the public sphere—that is, bringing our scholarly knowledge and skills to questions of public policy more directly—is only growing.

Unfortunately, questions of identity and responsibility have received less attention in the emerging discussions on blogging and academia. We need to pay greater attention to how our own ethno-national (or other) identifications, which we nurture and develop through networks in social media forums, affect our scholarship. These questions are amplified and made more urgent by the use of social media that reaches multiple audiences simultaneously.

Engaging in social media as academics and studying the laboratory of public engagement and identity evolution that it has become poses an undeniably exciting opportunity. And being aware of oneself and one’s identity—indeed, mining this self consciousness for all its scholarly possibilities—is an asset to be embraced rather than a hazard to be avoided.

My Japanese Hate-Mail Tells I am a ‘S— Kimchi Propagandist’ (Hah!) …Where’s Thunderdome When You Need it?