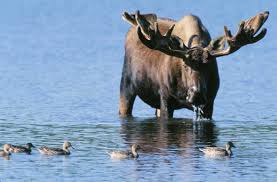 Here are a few articles for your consideration. For those of you interested in conservation, we have had a disturbing pattern of stories about rapid declines in species around the world, some of them due to poaching, what has been described as an “environmental crime wave,” and others as a result of disease. All of this suggests to me that nature is in serious trouble as population, disruptive modernity, and consumptive pressures may be taking their toll on the natural world. On top of existing stories about declines in elephants, rhinos, bees, bats, and amphibians, we now have reports of a major decline in moose populations. Here are those stories:

The Cash Prize: A Decision Experiment