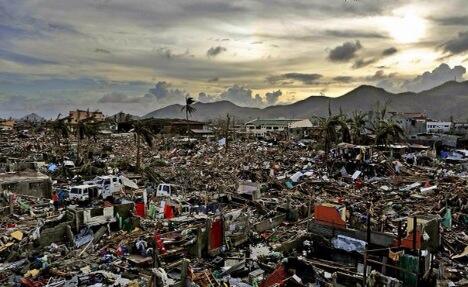 This week, more news from the relief effort and typhoon Haiyan and how the events in the Philippines threaten to overshadow the on-going climate negotiations in Warsaw.

The Security and Relief Situation on the Ground

Right and Wrong Ways to Help

The typhoon and climate change?

The effect of climate change on storms in the Pacific is especially difficult to study, scientists said, because no governments fly research planes into storms there to gather data

Time series of cyclone indices such as power dissipation, an aggregate compound of tropical cyclone frequency, duration, and intensity that measures total wind energy by tropical cyclones, show upward trends in the North Atlantic and weaker upward trends in the western North Pacific since the late 1970s, but interpretation of longer-term trends is again constrained by data quality concerns.””

The Climate Negotiations in Poland

The inevitability of transnational racial profiling?