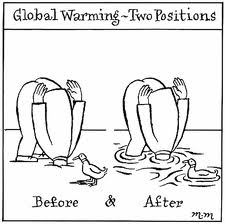 The annual climate negotiations are going on at the moment in Warsaw, Poland. For long-time observers of the process, they have a Groundhog Day-esque quality to them. Every year the same issues seem to come up again and again, and it’s unclear if there has been any meaningful progress or if each negotiation is more or less a replay of what transpired the previous year, with divisions between developed and developing countries almost always ever-present.

Rich countries aren’t doing enough while poor countries and environmental activists are demanding greater action because there is a climate crisis. Somehow, 10,000+ activists descending upon delegates of nearly 200 nations doesn’t seem to do much, yet the annual dance. This year is no different, though it is an interim meeting before a new and improved climate agreement with some legal form set to be negotiated in 2015. In the meantime, here is what’s going down this year… 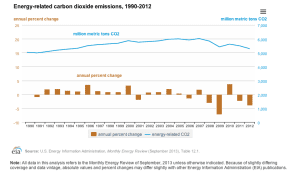 The 2.1 per cent rise projected for 2013 means global emissions from burning fossil fuel are 61 per cent above 1990 levels, the baseline year for the Kyoto Protocol.

Under its new goal, Japan, one of the world’s top polluters, would still seek to reduce its current emissions. But it would release 3 percent more greenhouse gases in 2020 than it did in 1990, rather than the 6 percent cut it originally promised or the 25 percent reduction it promised two years before the 2011 nuclear disaster.

“We have said what we mean, and will do what we say. The carbon tax goes,” Abbott told the House of Representatives. “Repealing the carbon tax should be the first economic reform of this parliament.”

Investment in UN Clean Development Mechanism projects registered this year slumped to $15 billion in the 10 months through October from $198 billion in all of 2012, the first drop since 2005 when the UN started publishing the estimates.

The United Nations climate talks here are bogging down over the old divide between rich and poor nations on the question of who should pay when climate-related disaster strikes, with developing nations staging a symbolic walkout early Wednesday in protest at what they consider inadequate financial support from wealthy countries.

I will find some good news to report soon but this post ain’t it.

Equity in Global Climate Governance: An Update From Warsaw