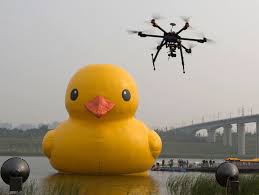 Drone Wars
Obama Administration is under fire again on drones after drones hit a Pakistani seminary. Opposition forces in Pakistan are calling for the government to start shooting drones on sight. Former drone sensor operator Brandon Bryant on what’s being a drone co-pilot is like. Meanwhile weaponized drones are proliferating: WAPO on Pakistan’s new domestic drones; BBC on China’s emerging drone arsenal.

Academe
via PolsciRumors: is scholarship broken?
Academia according to The Onion.
Berkeley professor’s viral email on why he will not be canceling class tomorrow.
Maya Mikdashi on Thanksgiving as a teaching moment.

Geekotica
NASA: Comet Ison may hit a solar storm.
Humans can now touch things far away by reaching through their computer screens.
Short film portraying the other side of Ryan Stone’s Gravity distress call is in running for an Oscar nomination.