Why I Left Academia 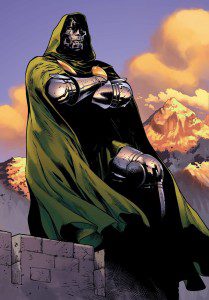 I left academia because I wanted to make a difference.

I went to graduate school for the normal reasons: I’d done well in school, I didn’t really want to get a job, and I needed to learn how to free my mother from the eternal torments of the demon Mephisto.

For a while, everything was great. I slept in, worked late, and made excellent ramen. I loved being a part of the laboratory: running experiments, writing up results, and especially making charts. (Someone lent me a copy of Tufte’s book on data visualization–it changed my life!)

I even liked teaching, unlike a lot of researchers. Part of the appeal was seeing all of those young, idealistic faces (although a lot of the students in my lab sections were pre-med, and they were just anxious little grade-grubbers). But in every section I also got to work with at least two or three students who shared my love for pure research as well as my goal of changing the world by instituting an absolutist monarchy.

Of course, there were parts that were a little irritating. Like finding grants. I spent half my time begging for money. It’s demeaning for superior intellects to have to subject themselves to the demands of accountants. I often wished that there was a way for me to just take what I wanted instead of filling out another form.

The bureaucracy of the modern university was almost as oppressive. Have you ever had to do human-subjects training? The IRB on campus made me before allowing me to run psychology experiments on responses to authoritarian figures. The training was just a bunch of thumb-sucking by some humanities types about why some of the best research in history, like the Milgram experiment, were violations of human dignity. You can’t make an omelette without breaking some eggs, I wrote on the essay portion of the test.

They made me take it again.

And can we talk about graduate stipends for a minute? Empire State University is in the middle of Manhattan, so of course I had a choice of paying sky-high rents or living in New Jersey. When you add in the costs of living and MTA fare increases, the University’s pittance was hardly enough to live on, much less build an army of android replicants. (Those really came in handy when I wanted to avoid office hours.)

Even worse was peer review. There’s nothing as frustrating as spending months working in the laboratory to test an elegantly derived hypothesis, writing an article for publication in a scholarly journal, and sending it off for review by two or three fellow scientists. It always turned out that my articles would get two “accepts” and one “reject.” The reject always, it seemed, came from reviewer #3, and always for some minor flaw in my methodology that they argued would undermine my entire master plan. Eventually I gave up on the traditional journal route and started publishing in open-access journals instead. Von Doom has no peers.

The final straw came when my adviser told me that my dissertation topic–“Papers on The Weak Nuclear Field, Artificial Intelligence, and Global Domination”–was too broad. I argued that it was exemplary interdisciplinary work. He said that nobody reads interdisciplinary work and also that my citations were improperly formatted. But, he said, I might have a good chance at getting a teaching position at a community college.

It was then that I realized that I was done with the narrow strictures of academia. I would go back to my home country and enter politics, one realm where I could make a difference without begging, compromising, or allowing those who disagreed with me to live.

As I walked out of the charred remains of my adviser’s office, I knew that I had made the right choice.

I never looked back.

— Victor Von Doom is the ruler of Latveria and the Chancellor’s Professor of Physiomancy at the University of Latveria.