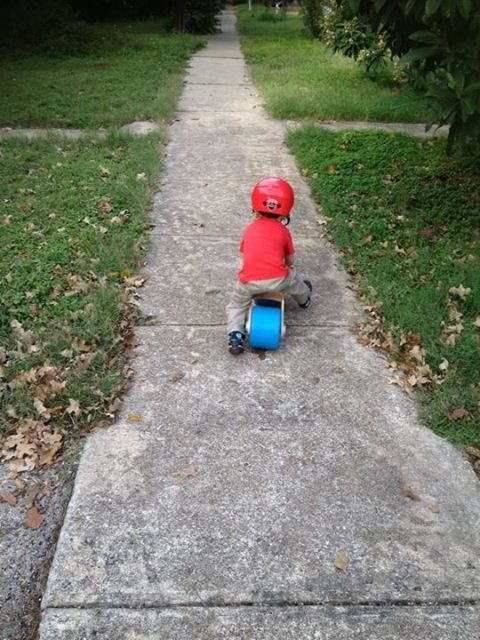 Having it All? A Male Academic’s Perspective

With Thanksgiving behind us and the winter holidays and family time approaching, the season encourages some stock-taking and reflection. We at the Duck have been having a bit of behind the scenes emailing about the challenges of finding child care, and I wanted to recount a happier story from my own experience here at the University of Texas.

Anne-Marie Slaughter’s essay in The Atlantic last year prompted considerable debate about family unfriendly workplaces and the difficulties for career women of the work-life balance. Of course, as many people pointed out at the time, the problem is not unique to women if you live in a household with non-traditional gender norms when it comes to child rearing or duties around the house.

My wife and I are both political scientists, and we were fortunate to resolve the two body problem with both of us having tenure track positions at both a quality institution and a great city. On so many levels, we recognize our good fortune. When we decided to have a child, we knew that the University of Texas had a great daycare program, but the waitlist was long, upwards on 18 months so we put in an application as soon as my wife found out she was pregnant. While we waited for daycare, the issue for us was whether we would get some time away from teaching when our son was born.

Perhaps the best thing that happened was how the university treated us when our son Will was born. When Will was born, UT made it possible for each of us to take a semester of modified instructional leave, where we were released from teaching duties for a semester so we could take care of our son. We were available for committee work, and we committed to some activities we could carry out from home, like preparing new courses. One could also take advantage of this policy in the event of an ailing parent. This policy was a godsend for us pre-tenure.

Our son was born in August of 2011 so my wife had leave in the fall, and I had leave in the spring. Will was accepted in to daycare by the following summer so the timing was fortuitous all the way around. In the semester I was on leave, I took Will to the School a lot, including for talks. He was hardly ever disruptive as a four- to six-month old, though I must admit my participation in a seminar at the Law School might have been a little distracting, where Will took issue with the speaker’s methodology in the middle of the talk. In retrospect, it was all a little crazy. I probably should have stayed at home or in my office with the little man, but I remember that experience fondly. My son, now 2, and I are close, and both my wife and I are very involved, sharing the parenting duties.

UT is going through some belt-tightening at the moment, as the university was hit a little later than others by the recession. We know that this policy may be somewhat idiosyncratic to Departments at the University of Texas, and I don’t know if it is a policy that would work at other schools. It probably is not available to adjuncts or staff. 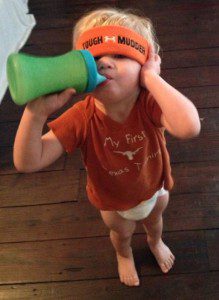 We also realize that this policy may be a function of the university’s far-sighted leadership in UT President Bill Powers whose position has been somewhat tenuous in recent years. Powers has had a contentious relationship with the Board of Regents (and by extension the Governor), some of whom have very different ideas about the future of the university and the role and value of faculty. Powers just survived a recent scare as the Board declined to end his leadership.

That said, I think it is the kind of institutional change that other universities could emulate for faculty.

What Can’t We Have?

So, I recognize that the whole idea of “having it all” strikes some people as problematic framing. It presumes there is an agreed upon “all” that professional women (and men) aspire to. People want different things, and unequal circumstances make it vastly more difficult for some people to attain their goals.

It’s also true that there are some inevitable tensions if you are trying to balance work and family obligations. Becoming a parent in a 21st century more-egalitarian marriage means a lot of parenting, housework, cooking, etc. It means that you cannot nip away for a domestic or international conference for a few days to a week without causing your partner major logistical and emotional challenges. I went away for two days earlier this fall during which time my son came down with food poisoning, vomited all over the bed and couch and then was out of daycare for a couple of days while my wife played defense. I was a big help.

Becoming a parent probably means you travel less, or when you travel, you fly red eyes to minimize the time away. You might miss the nice dinners with colleagues and just go for the scheduled sessions. Being a parent means that departmental dinners have higher opportunity costs. If you go, your partner may have to do all the bedtime duties, that can last from picking the little one up from daycare at 5 until 10pm when he goes to sleep.

If you want to pursue a policy job in Washington, your spouse is a saint if s/he is up for it with young kids, or you are rich. More often than not, in heterosexual couples, the woman ends up taking on the gender roles of old. Meanwhile, if you land that plum job as a political appointee, you have the 80 hour work weeks and extensive travel. For me, as much as I wanted and want to have an opportunity like that, becoming a parent and being involved in my son’s life right now means that I cannot in good conscience do it.

I have several friends whose stints in government lasted until their kids were born. It’s not impossible to raise kids and have a high-flying career, but as Anne-Marie noted in her essay, it is very, very hard. Of course, those are classic first world, elite problems, but they test marriages and bonds with children. It may not be anything approximating the challenges of say being a Syrian refugee, but few things are.

We Have A Lot

Being parents and two tenure tracks academics is still hard, but we continually have to remind ourselves of our good fortune. We only have one little guy to look after (several friends have twins and/or several kids). After having long-distanced for two years, we were able to put together great jobs at the same institution in one of the most exciting cities in America. For those who are trying to make it work, with spouses in different cities or toiling as an adjunct, we know that our situation is a truly lucky one.