The Importance of Angry Letters

Editor’s Note: this is an abbreviated version of a post that originally appeared on my personal blog.

How can international institutions foster cooperation given that they lack enforcement capability? One view, quite simply, is that they can’t. This view is shared by realists and many outside the academy. 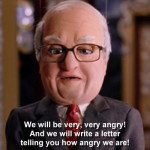 Many would argue this critique is unfair. It is too easy to jump from “can’t control rogue states” to “completely worthless” or “false promise” or what have you. Even states that view one another as friends sometimes fail to reap all the possible benefits of international cooperation due to coordination problems, collaboration problems, etc, and institutions may help such states leave a little less money lying on the ground. There’s also pretty strong evidence that UN peacekeeping works, particularly when it has the consent of all the parties involved. Sure, that’s an important caveat, but we shouldn’t trivialize the large number of lives that have likely been saved as a result of the UN’s efforts.

But let’s set those things aside. Is the best we can say about the UN that it helps those who want to be helped but is of no real consequence to the behavior of “rogue” states? I would argue that the answer is “sort of, but only if we adopt a fairly extreme definition of ‘rogue’.” But if we don’t define “rogue” states as those that do misbehave, but those who would like to, then the answer is almost certainly no, the UN does not just allow the good guys to do a little bit better on the margins. It actually changes the intentions of those we might otherwise see as bad guys.

The argument I develop formally in the full version of the post is relatively straightforward, though I think the details are easier to see once you work through the math. (At least, they were for me. YMMV.) Angry letters don’t themselves deter anyone. But they can serve as alarm bells. That is, international institutions do not need enforcement capability so long as they affect the likelihood of individual states taking punitive actions. Below, I analyze a model where they do so by providing new information. But another channel through which institutions like the UN can increase the likelihood of individual states like the US engaging in punitive action is through shoring up public support for such efforts.

How much does this matter? Clearly, some states are still willing to misbehave. North Korea and Iran have active nuclear programs, many states sponsor terrorist organizations, etc. What we don’t know is how many states would do those things in the absence of the UN. In the model I analyze over at my blog, some subset of states would pursue objectionable policies in a world without institutions like the UN but would not do so in a world with them. Sure, some states would never misbehave, and some will misbehave no matter what, but institutions in this model do more than simply allow states with good intentions to move closer to the Pareto frontier. They cause some states who would not otherwise do so to behave like model citizens of the international community.