The Importance of Screening

Editor’s Note: this is an abbreviated version of a post that originally appeared on my personal blog.

In my previous post, I articulated one way international institutions can deter bad behavior. In this post, I’ll argue that even if we assume institutions don’t have access to information that isn’t already available to states, they still matter more than some appreciate. 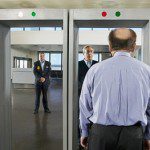 One of the most prominent criticisms of institutions is that they are epiphenomenal—that they put a name on behavior that would have occurred anyway. That is, some have argued that the good news about compliance is not necessarily good news about cooperation because treaties may simply screen rather than constrain.

But the one does not necessarily imply the other. That is, even if institutions merely screen without constraining, this may nonetheless give us cause to celebrate international institutions. Below, I discuss a result from a formal model in which institutions screen but do not constrain—a model where the willingness of any given state to comply with a cooperative outcome is the same regardless of whether they join the institution. But it is nonetheless true in this model that fewer states would cooperate in the absence of institutions. In other words, when assessing the impact of institutions, we have to be very clear about what our standards are (as Martin and others (1 and 2) have argued). There is an important distinction between the claim that institutions alter state preferences and the claim that they merely separate nice, trustworthy types from bad, untrustworthy types, and I do not wish to downplay it. But it is nonetheless true that screening matters.

Yes, the problem of international cooperation is sometimes one of incompatible interests. But there is good reason to believe that money is sometimes left lying on the ground due to a variety of factors. One is a lack of trust. As I will demonstrate below (and as others have proven before), it is possible for two trustworthy states to fail to cooperate with one another due to their inability to credibly convince one another that they are trustworthy. If institutions screen (and they must at least do that—remember, this is a debate about how to interpret the empirical regularity linking membership in institutions to higher levels of cooperation, not whether such a correlation exists) that necessarily means that they help solve the information problem that we have cause to believe might otherwise inhibit cooperation.